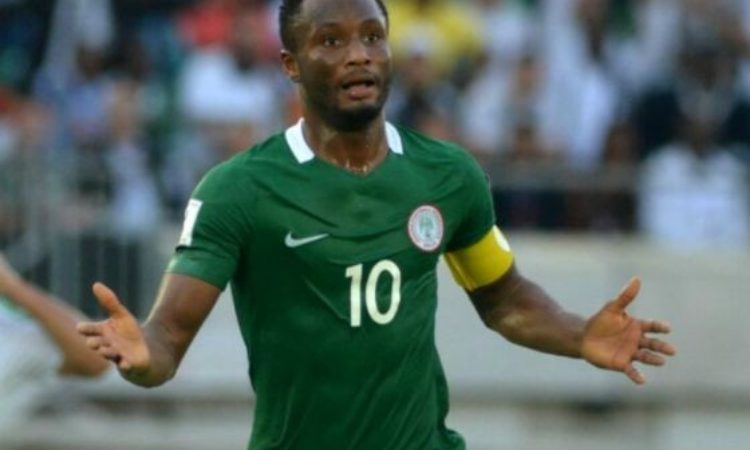 The myth once was that Super Eagles captain, Mikel Obi got his first name as a result of a mistake by officials in the NFF, who made an honest error switching Michael for Mikel during visa processing documentation. It turns out that not only was that a blatant lie, but also there could be a bigger conspiracy and its unraveling will shock you from Nigeria to China and back again. Read more; https://footballlive.ng/laloko-drops-bombshell-on-mikel-obis-name-and-true-relationship-with-joel-obi/

The start of the 2018/2019 EPL campaign is almost here yet again as the rough and tumble of another league season gets underway on 10th, August 2018.
Allnigeriasoccer.com looks at the ten Nigerians who could prove to be a real success with their respective clubs in the division thus :
1) Alex Iwobi (Arsenal): The twinkle-toed winger, fresh from the World Cup rendezvous with the Super Eagles will definitely be raring to go with the Gunners this term. No surprise he’s already shown glimpses of his qualities with the club in their pre-season activities. The 22-year-old can not wait for the new season to kick off.
Read more on http://www.allnigeriasoccer.com/read_news.php?nid=28747

Nigeria trio Victor Moses, Alex Iwobi and Tammy Abraham have taken to social media to react to the International Champions Cup clash between London rivals Chelsea and Arsenal in Dublin on Thursday night, which the Gunners won 6-5 on penalties.
Read more; http://www.allnigeriasoccer.com/read_news.php?nid=28748

The Super Falconets have arrived in France for the FIFA U-2O Women’s World Cup, reports Completesportsnigeria.com. The team, comprising of 21 players and 11 officials arrived their base in Saint Malo on Thursday evening. They arrived from Austria where they under went a 12-day training programme. Read more; https://www.completesportsnigeria.com/falconets-land-in-france-for-fifa-u-20-womens-world-cup/

The first choice goalkeeper of the senior national team of Nigeria Francis Odinaka Uzoho is facing the prospect of limited playing time at Spanish second division side Deportivo La Coruna, Owngoalnigeria.com reports.  As exclusively reported during the week, the goalkeeper who kept goal for Nigeria in their three games at the World Cup in Russia has been told that he won’t be first choice goalkeeper, when action commences in the league later this month. Read more; https://owngoalnigeria.com/2018/08/02/super-eagles-goalkeeper-uzoho-dropped-by-deportivo-la-coruna-for-pre-season-friendly-game/