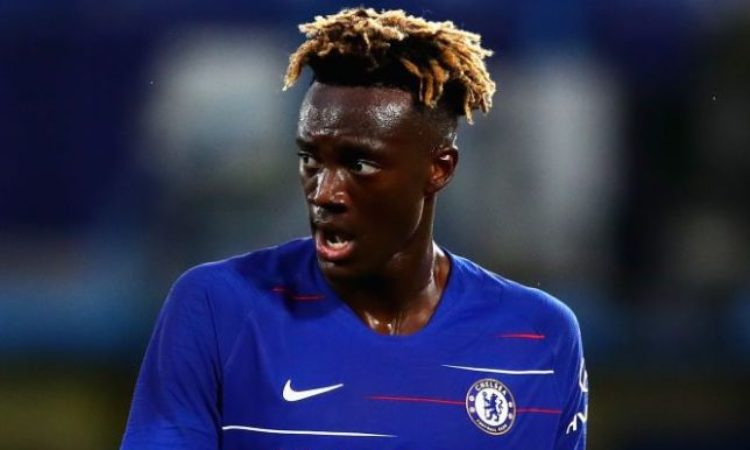 Chelsea center forward Tammy Abraham has revealed how Ronaldo de Lima influenced his decision to remain at the Bridge, despite offers from other club. The youngster returned from relegated Swansea where he netted five times last season.

Prior to his loan spell with Swansea, he set Bristol city on fire with a staggering 26 goals in all competition. The England prodigy seems determine to survive at Chelsea where he came up through the academy.

Reports have it that the Blues rejected €25 million offer for the player from fellow rivals Tottenham, before the close of the last Premier league window. The London club are believed to be ready to keep hold of the player after losing Solanke and Brewster to rivals Liverpool.

With Michy Batshuayi’s departure to Valencia on loan, a slim chance have been presented to Abraham as the third choice hit-man. Olivier Giroud and Alvaro Morata gets the nod ahead of him but with the London club featuring in a lot of competition, the Englishman will certainly have his chance.

Reports have emerged that a football legend, is already helping the youngster shape his football career. The 20yr old recently posted on his Instagram wall that he has been in communication with Brazilian legend Ronaldo. He captioned: “Thanks for your wise words, I feel truly blessed”

Abraham could still depart on loan by Friday, but Maurizio Sarri has stated that he wants the player to remain with the club. “It’s up to him if he wants to remain here,” the Italian said. “We are very happy with him, so I think that, until January, he will stay with us. I think.”