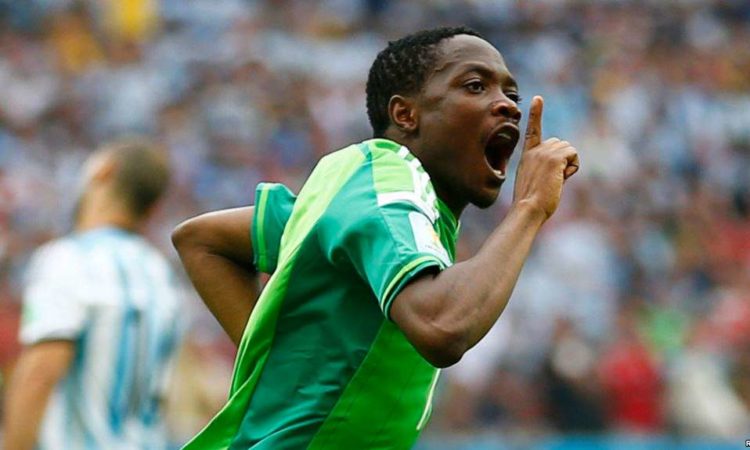 The Nigerian winger  Ahmad Musa, believes his side must seek to gain six points from the first two games of its group if they expect to go into the next round.The Super Eagles are in Group G and are to set to lock horns with Croatiain the first opening match on Saturday before facing Iceland six days later.

And the Leicester forward believes gaining full points from this two games would stand them in good stead ahead of their highly anticipated final group game against Argentina at the st Petersburg staduim.
However, the 25 year old is expected to play a minor role as coach Bernard Rohr has publicly expressed his concern about the player stamina due to Ramadan.

During Ramadan. Muslims are expected not to have any meal from dawn till dusk albeit travellers can be excluded as long as they can recover from the lost fast days later.The Holy fasting is set to end today but the Belgian coach has suggested the repercussions will be felt during the aftermath of the religious fasting.

For the first game, it will not be easy to put it away,”  Rohr said to the German Press Agency. “The energy loss is difficult to balance in such a short time. We’ll
probably lug it into the first game.” he further stated Elsewhere,a black psychic pig has predicted Nigeria and Group favourites Argentina advancement into the semi finals of the Mundial.

Mystic Marcus predicted Donald trump victory in Americas 2016 presidential election and has a recorded history of picking out winners. The eight year old boar will seek to emulate to octopus paul who became renowned for his accuracy of results during the previous World Cup.