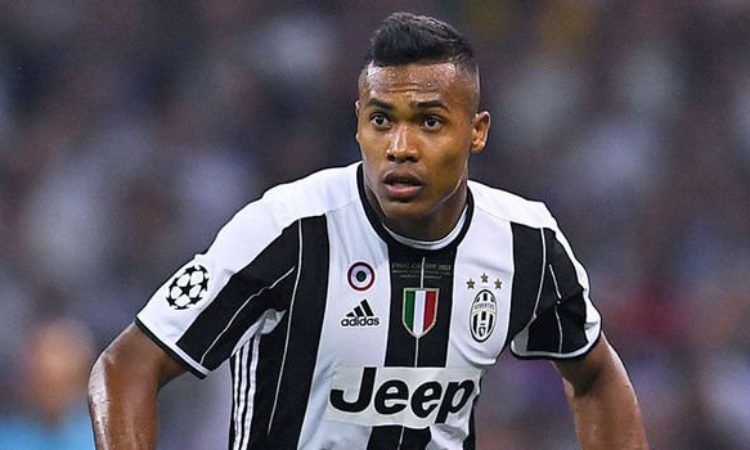 Manchester United and Chelsea have been linked with Juventus fullback Alex Sandro since the summer, with the two clubs eyeing the Old Lady defender for various reasons. Chelsea according to reports wants the defender to provide competition for Marcos Alonso while Manchester United wants outright replacement of Luk Shaw who seems not to be trusted by Jose Mourinho.

Ligue 1 Champions PSG were linked with the player last summer, but the bid stalled. Juventus which seems interested in selling him has postponed their talk of contract extension as the player’s deal which expires in 2020.

CalcioMercato has reported that the Brazilian fullback is unlikely to leave the Turin in January with any possible transfer likely to be in the summer.

Sandro realizing how his popularity is growing among the two English club in the transfer market has refused to rule out a move to the Premier league.

He said: “I have a desire to play in the Premier League but right now I am very happy where I am at, the club I am at [Juventus], the league I am playing in.

“So today my only thought is to continue where I am because that’s where I feel happy.”

Meanwhile, the Blues could find themselves barred from transfer of players for two years due to an ongoing investigation over the signing of under-age foreign players.

A FIFA statement read: “As communicated in September 2017, investigations were opened concerning the club Chelsea FC as well as other English clubs in relation to potential breaches of the Regulations on the Status and Transfer of Players.

“The proceedings are ongoing and, to date, no decision has been passed by the Fifa judicial bodies.

“Thus, the clubs are to be presumed innocent unless decided otherwise.

“No further information can be provided as the cases are ongoing.”

Chelsea will take their unbeaten run of form to the Wembley stadium on Saturday. The Blues currently sit in third position.