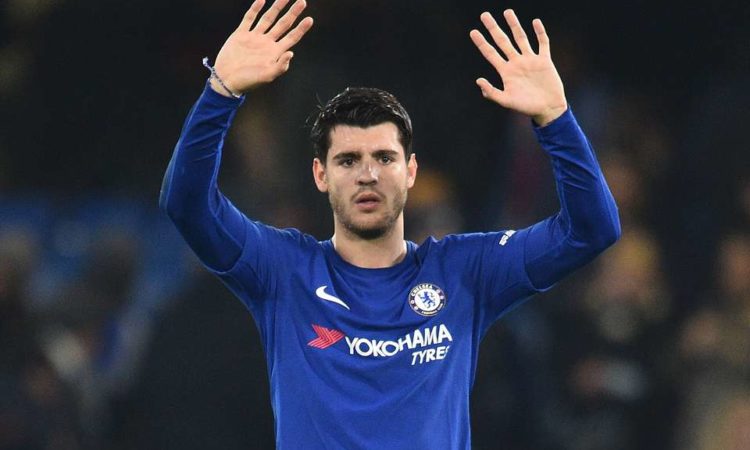 Alvaro Morata have reaffirmed his commitment to remain at Chelsea football club, while stating that he need pushed for a departure. Morata who bare scored 2 goals in the second half Chelsea’s 2017/2018 season was earlier linked with a move away from the London club with Spain and Italy as his likely destination.

The Spaniard after a long spell of drought in front goal recovered his scoring boots against Arsenal in the 3-2 victory last weekend.

The former Juventus and Real Madrid player is believed to be ready to improve under Maurizio Sarri. “There was never a thought for me to leave. For me, it’s easy. I could have gone back to Spain or Italy, all the people believe in me there but I want to change all the things here,” Morata said. “I want to, not for all the haters, but for me and for Chelsea”. “I am looking forward to buying a house and I can’t wait for the babies to grow up to put them into school,” Morata added. “I am very happy and it’s just the beginning of the new season. Why would I not be happy? I want to change all the thinking from the people who say I’m not”. “It’s the only reason I stay here, otherwise if Chelsea said you are not in our plans, I move”.

He continued: “The most important thing is the way we play. Last season it was direct balls and for me to protect the ball in the air is not my best quality. Now I can attack the space, I can play one touch and go in the area for the crosses. It’s better for me”.