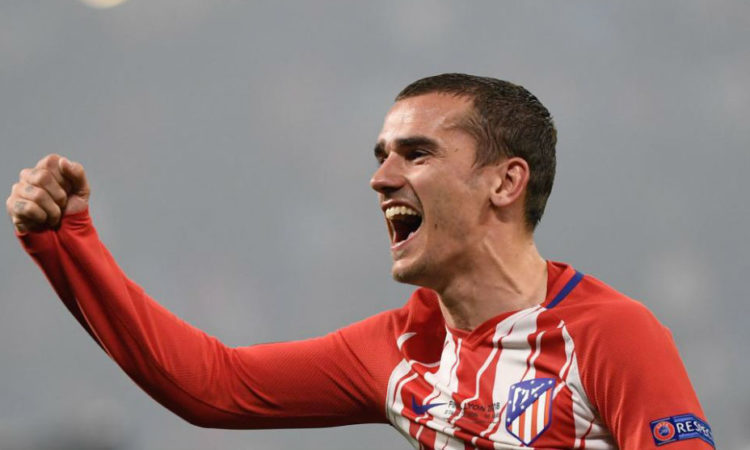 Antoine Griezmann has finally declared his stance about his future, and will likely be staying at Atletico Madrid. The French forward has made his choice known about his future at Wanda Metropolitano  this summer, ending FC Barcelona’s hopes of signing the attacker.

Prior to the closing of 2017/2018 Spanish La Liga season, the France international was heavily linked with a move to the Nou Camp as the Catalan side tend to try and lure the forward into a switch.

Griezmann was before now strongly linked as a transfer target for Manchester United last summer but a move for the attacker failed to happen.

Now, after months of speculation about his future, Griezmann moved quickly to quash the uncertainty behind his future by confirming his intention to remain with the Spanish giants in a special broadcast on television that lasted for 40minutes.

The resulting commentary made Barcelona’s president Josep Maria Bartomeu pissed and disappointed after it was believed that they were likely to snap up the attacking wizard. The Catalan giants were willing to meet Griezmann’s €100million (£87m) buy-out clause to take him to the Nou Camp.

Speaking immediately after their thrilling 3-3 draw with Portugal at the world cup in Russia, Pique said “Griezmann told me that there was the possibility of signing for Barca and I decided to make the documentary,  he finished by saying “If a player does not want to come for whatever reasons, other players will want to come.

Cristiano Ronaldo scored a hat-trick which included an exquisite 88th-minute free-kick to snatch a share of the points after he was brought down by Pique.

So as it stands it seems that FC Barcelona will have to look elsewhere for other alternative replacement if they want to bolster their attacking line-up this summer.

Another young forward with the ability to play anywhere in the final third like Griezmann is his fellow country man Kylian Mbappe, he is one of the rising stars in French football and is already said to succeed the likes of Messi and Cristiano Ronaldo to the Balon d’Or. He will definitely cost a world record fee with Paris Saint-Germain yet to activate his permanent switch from AS Monaco. Other alternatives are Paulo Dybala from Juventus and Robert Lewandowski of Bayern Munich.

The Spanish side will be looking to certainly add to their squad this summer as they look to try and defend the La Liga title next season. They won the 2017/2018 Spanish title by 14 points gap.