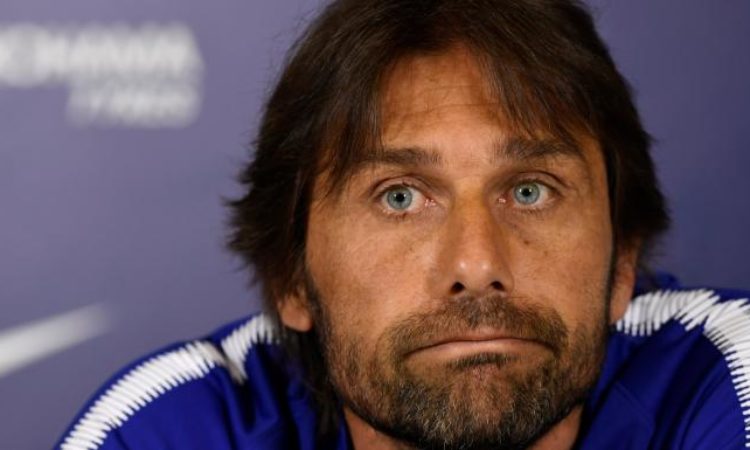 After helping Chelsea to the premier league trophy and the FA cup in his first two seasons in England, the former Juventus manager has seen his future uncertain despite still have one year left on his current contract with the Blues.

Throughout last season, the Italian has been in loggerhead with the Chelsea board over who should control buying of players, which has lead to numerous speculation about Chelsea’s intention of sacking Antonio Conte at the end the season.

However, it has been almost two months that the 2017/2018 Premier League season ended, although woefully for the Italian tactician after a disappointing second season in charge, which Chelsea failed to qualify for Champions League, the situation has brought even more news about his sack.

Despite Winning the FA Cup, which made Chelsea finish the season on a high, there are said to be bigger taint of relationship between the manager and the board.

And recently, the issues has reemerged after it was reported that Antonio Conte has emailed the players who were not involved in the World cup to report to Chelsea training ground for pre-season next Monday.

Report from the Times said that, a member of Chelsea’s technical staff has also informed the non-world cup bound players to report at the training ground for fitness tests on Saturday and Sunday.

But Antonio Conte is said to have warned, that despite the rumour surrounding his Stamford Bridge future, he is still the manager and still stand on the players return come next Monday.

Nevertheless, we are yet to hear from the board if Antonio Conte will continue or not, so therefore as it stand, he is still the Chelsea manager, despite the comments from the Chelsea captain Gary Cahill back in May after their FA cup triumph over Manchester United, seeking to know the final decision from the Chelsea board.

Gary Cahill said, (Certainly we have felt the sense of uncertainty that is obvious to everybody in the last few months. What I can say is that the players do not have any impact on that situation. I am sure, if I was a guessing man that the club and manager will have spoken. Let’s see. I am sure the manager will make the best decision for himself and his family. I am sure the club will make the best decision on what they feel).

However, according to a member of Chelsea board whose name was upheld, stated that (Conte has spent the last few weeks while on holiday in southern Italy planning a tough pre-season campaign for the players. He is due back in London this weekend and plans to hold his first training session next Monday, if he has not been sacked. Chelsea really are an absolute mess at the moment, no one seems to know what’s going on at the club.

But till now, no news from Chelsea concerning Antonio Conte’s future, the question on every Chelsea fans’ mouth is will Conte stay or leave?

It’s yet to been seen, whether Antonio Conte will be Chelsea manager or not by this time next week.