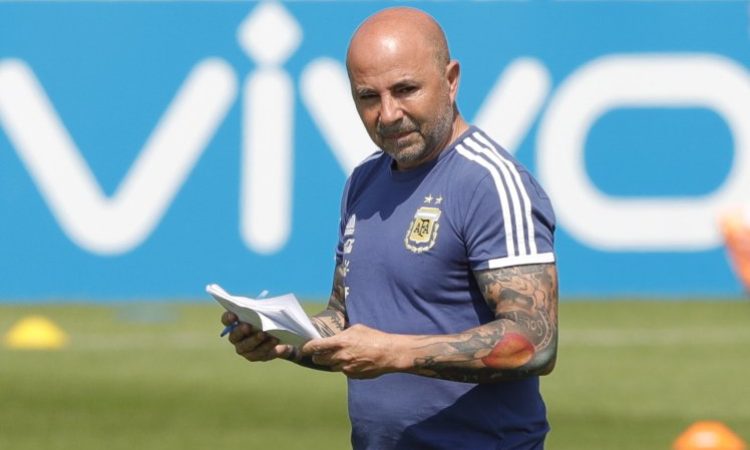 After their disappointing start in their first two matches at on-going World cup, Argentine manager Jorge Sampaoli is to make changes to the team that lost 3-0 to Croatia, it is said that he is planning overall changes that will face Nigeria in St. Petersburg on Tuesday in their last group game.

The Coach who is under intense pressure to deliver, is really planning on a new formation that will not be built on their skipper and superstar Lionel Messi who has so far been so poor in front of goal, after he was seen miss a spot-kick that would have placed them in 4points against Iceland and which would have motivated the team against Croatia, who humiliated them by scoring three pass them.

Argentina came into this tournament as the favourite after reaching the finals in the last world cup four years ago in Brazil, they now need a must win against the Super Eagles of Nigeria to qualify for the next round.

While on the Nigeria side, they need just a draw to qualify for the knock-out stage after they beat Iceland with the two winning goals coming from Ahmed Musa of Leicester city.

Sampoli’s potential starting X1 against Nigeria was published in the Argentine daily sports magazine Ole at their training base in  Bronnitsy on yesterday.