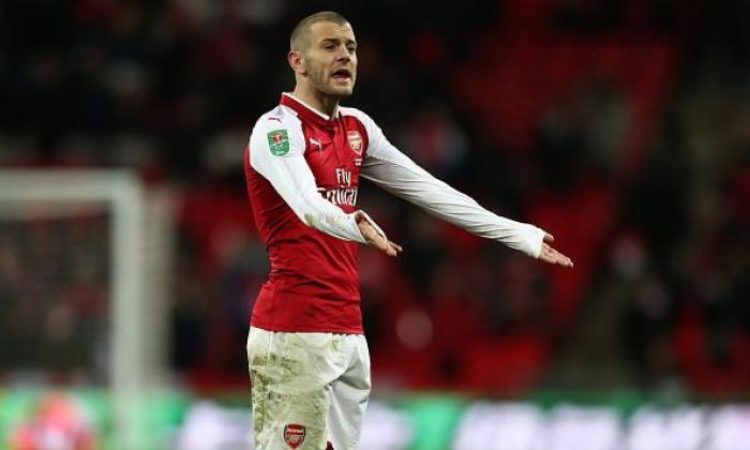 Arsenal Jack Wilshere is rumored to leave Emirates on a free this summer after they failed to tie him down past years despite going out on loan for a season, but now story has it that the new Arsenal manager Unai Emery has made it clear that Wilshere is not part of his plans.

The midfielder’s future has been in mixed of speculation in recent months due to the fact that his current contract expires this summer. Also according to same story, Jack Wilshere had made it his intention known to the club that he would be staying at the Emirates this summer, but with the current situation, it now looks like his time at the north London side is over.

Now story have that Wolves, West Ham and Everton are among the English clubs monitoring the midfielder’s situation as they seek to lure him this summer.Notwithstanding, Arsenal are believed to be on the search for a number of new signings this summer as they try to back their new manager with a number of players ahead of his first season in charge.

The new manager’s task is to at least lead the Gunners back into the top four finish next season.

we are waiting to see where  Jack Wilshere will end up, although news has it that the creative midfielder would prefer staying in London and may probably sign for West Ham United if the right offer comes.