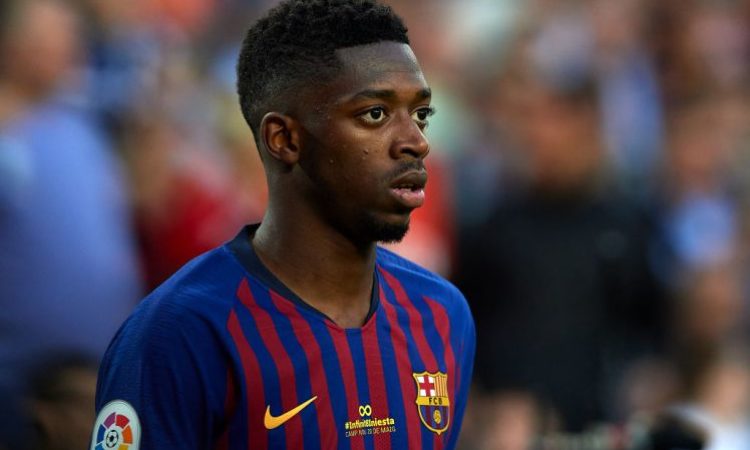 Arsenal might have given up on their chase of Ousmann Dembele according to reports. The Gunners have been busy in the transfer market since the arrival of Unai Emery earlier in the summer with club looking to making several additions in the attacking department but seems to have thrown in the towel in Dembele chase.

Arsena have been linked with Barcelona’s Ousmann Dembele who is believed to be unhappy with the Catalonia based club. The former Dortmund player who arrived at the Camp nou in a big money move last summer have enjoyed a mixed debut season with Catalans. With the recent acquisition of Malcom from Bordeaux, uncertainty have surrounded Dembele’s fate at the club.

Unai Emery in his recent interview ruled out any potential sixth signing unless the oppurtuinity comes before the transfer deadline day. The France international with his quality is believed to be exactly what the North London based outfit needs at the moment amidst interest in Kingsley Coman.

Sky Sport reporter Bridges believes that Dembele is unlikely to join Arsenal in the current transfer window, probably because of his huge transfer tag which the gunners can’t afford.

“I can’t imagine them going out and buying Dembele unless things change elsewhere,” Bridge told the Transfer Window podcast.

Arsenal missed out champion’s league for the second consecutive season after finishing 6th in the league and will be hoping for good fortunes this season. Arsenal were also eliminated by Athletico Madrid in the semi-final stage of the UEFA Europa league last season.