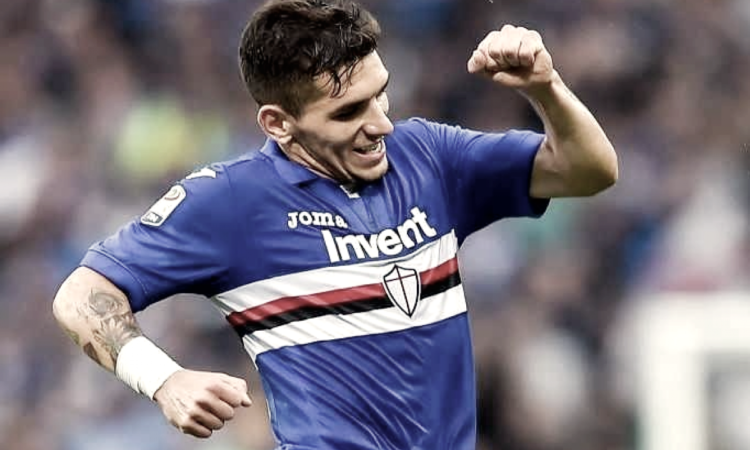 Premier League giants, Arsenal are set to complete their second signing of the transfer window. The 22-year-old defensive midfielder, who is currently with the Uruguay squad for the World Cup has been on the radar of Unai Emery. The Daily Mail reports that the North London giants have held productive talks with Sampdoria for the signing of the player, who has been labeled as the new Marco Verratti.  Reports suggest that Lucas Torreira will join the Gunners from Sampdoria.

Sampdoria have accepted a £26.5m offer for the player, which is above his release clause, but with payment proposed to be spread over a number of years. Massimo Ferrero, the Sampdoria president said: ‘Lucas Torreira has a release clause. ‘Everyone knows it. Whoever wants to take Torreira will have to work with that release clause; €25m.’. Unai Emery is looking to add solidity to the Arsenal team having signed Stephan Lichtsteiner, while the deal for Sokratis Papastathopoulos is set to be announced after the World Cup.

Torreira has earned plaudits for his combative style in the middle of the park, while his durability is also worth noticing. He has missed only five league matches since the start of the 2016/17 campaign. He is set to have a big World Cup as he is highly regarded by Uruguay head coach, Oscar Tabarez who is likely to pair him with Juventus midfielder, Rodrigo Bentacur.

Despite standing at only 5ft 5in, Torreira is a defensive midfielder that is known for his interception skills, ball winning abilities and awareness of WHT goes around them. He will add steel to the Arsenal midfield and is expected to form a defensive midfield partnership with Granit Xhaka.