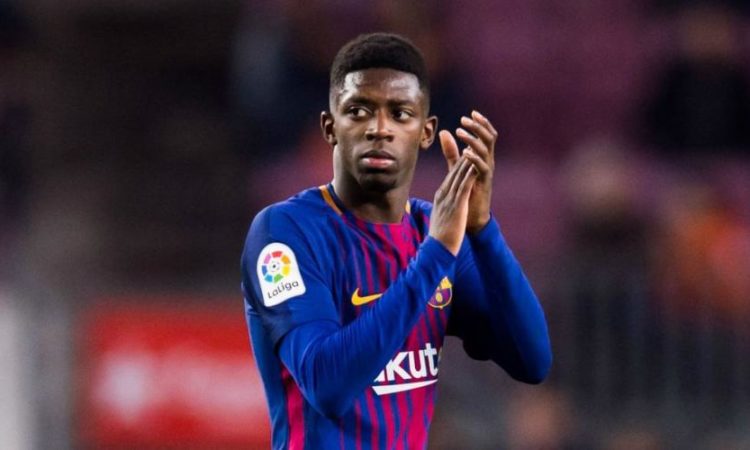 Arsenal is linked with Kingsley Coman of Bayern Munich, but the club faithful will be thrilled if Ousmann Dembele joins the club. The 21yr French international who signed for Barcelona last season could be on the move.

The player who joined the Spanish champions from German club Borussia Dortmund in a £135.5m deal last summer have been subject to a possible move away from the Catalonia club.

Liverpool, Manchester united and Arsenal have all been touted as his possible destination but the North London faithful believes the have won the race.

This is the assertion since Dembele dropped a cheeky message on a video for Nigeria footballer Alex Iwobi. The footage shows how Iwobi dribbled past teammate Lacazette with brilliance before putting the ball in the back of the net.

The Nigerian international responded with two emojis and the simple exchange was the arsenal faithful needed to come to conclusion that they are landing the attacker. “Dembele is pretty much already a part of the team, just announce it,” one wrote. Another commented: “Iwobi and Dembele bantering on Instagram. Something seems to be going on”. And a third simply said: “Dembele is joining Arsenal.”

Arsenal might not be able to acquire him completely considering his huge price fee but will be expected to snap him on a possible loan deal.