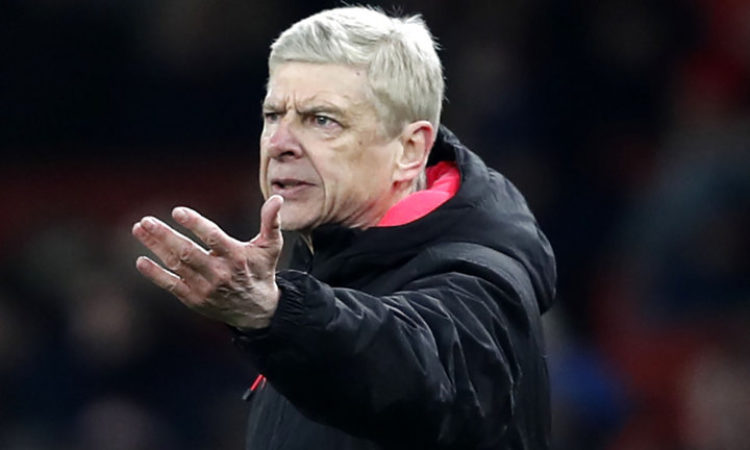 March 11, 20180
Arsene Wenger and his players visit San Siro stadium in last chance attempt to salvage miserable season. Arsenal’s 2017/2018 Premier league season have been disastrous with the London outfit languishing in 6th place and just 5 points ahead of 7th position Burnley. The 2018 year alone have been a horror show for Arsene Wenger who have seeming hit rock bottom.
With the qualification for Carabao cup finals, top four hopes alive and the January acquisition of Aubamayang and Mhikitaryan the Gunners looked like they were getting better following the departure of Alexis Sanchez to Manchester united. However their fortunes have changed as of recent with the London based club struggling for survival as of recent. Arsenal have not secured victory or draw in their last 4 games in all competition due to their inability to defend when they lose possession. Their horror show against Manchester City still rings in the mind of the players as the gunner were humbled 3-0 twice in a space of 5 days. Brighton and Hoves recently compounded their woes with a 2-1 victory.
The media have speculated a possible exit for Wenger but the Frenchman has one last attempt to save reputation with a difficult Europa league trip to San Siro to face Ac Milan. Rewind to 4 months the Milan club was in severe crises as their summer acquisition failed to leave up to their responsibility but the replacement of their management with Generio Gattuso have brought stability around the club. The Italian have since return to the club to formidable state. The club is yet to test defeat in 10-games under his guidance in all competition. The Italian have also proved to be ruthless in the continental stage with a surprise home and away triumph over Fc Ludogoret in the round of 32.
Arsene Wengers might have given up on the top-4 race in the league due to the point difference between the club and fourth place Spurs but might still be eyeing the Europa league as avenue to qualify for the Champions league next season. The Europa league have also moved into a big competition with teams, Athletico Madrid, Dormund, Leipzig all favorites to lift the trophy but Arsenal and Wenger can hope. Their Hope starts tonight at Genario Gattuso’s fortress.
Post Views: 466
Arsene Wengers