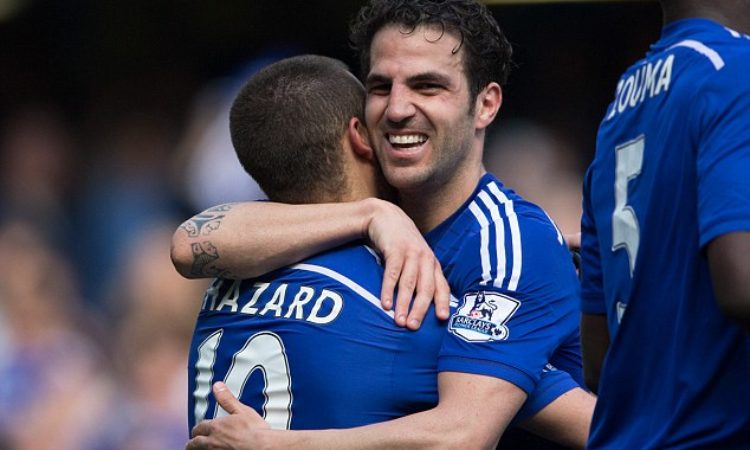 Cesc Fabregas despite affirming that he would not leave Chelsea, has been linked with a move back to Spain with Athletico Madrid offering him haven. The Spaniard has dropped down the pecking order since the arrival of Jorginho and Kovacic to Chelsea, with Sarri preferring both player because of their contribution their overall Chelsea team. The recent improvement of Ross Barkley have further limited the playtime of the former Barcelona and Arsenal midfielder.

Athletico Madrid monitoring the player condition at the Bridge are ready to offer him an escape route. According to the Mirror, the Madrid club is reportedly ready to move for him when the winter window reopens next year. Fabregas’ contract with the Blues runs till the next summer, and the London club will be using the January transfer window to sell the player in a bid to get a return on the €33 million the spent to acquire his signature from Barcelona.

The 31-year-old Fabregas was reluctant to move last summer, citing that he has more to offer one of Europe’s top clubs. Despite his desire to stay at Chelsea, the outlet reports “with Ross Barkley and Mateo Kovacic ahead of him in the pecking order and Sarri likely to see him as merely a back-up to Jorginho, the Spaniard could move on.”

Athleti joins Italian side Milan in the race for the midfielder.