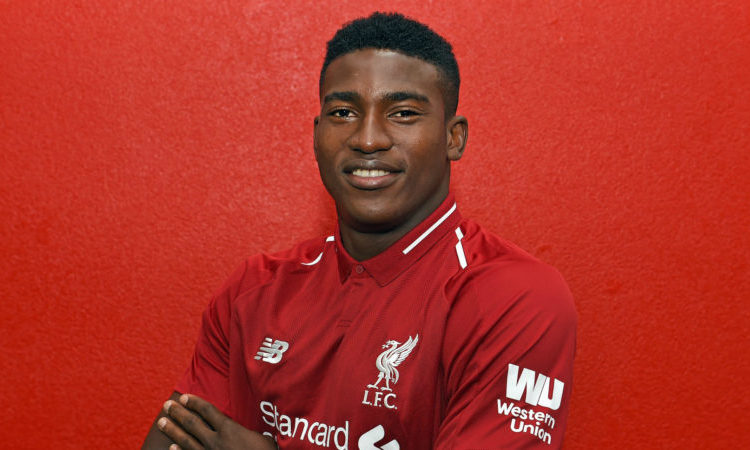 The duration of the deal however was not disclosed, but Completesportnigeria media was made to understand by a close confidante of the player that the deal will keep the 20yr old at Anfield for another 2 years.

Taiwo who joined the Reds back in 2015 signed the deal at Melwood on Tuesday, following a successful outing in the Belgium’s top flight club Royal Excel Mouscron where he notched in 10 goals and 4 assists.

Awoniyi in his interview with Liverpool media expressed happiness and excitement for the chance presented to him.

“It have been 3 years since I first came to Liverpool. So far, so good. The last year was the best for me, it has been amazing year so far”.

“Thanks to my family, who have been so supportive. I’m very glad and excited about the contract and hopefully to have an even better year”

The U-17 world cup winner who joined the Merseyside club from Imperial soccer academy, had spent 3 seasons on loan with Frankfurt, Nec Njimegen and Royal Excel Mouscron.

He have always represented the country at the U-23 level and is currently yearning for a call-up to the National team. Awoniyi have stated that staring the no 9 role for the Super eagles remains his top place career priority.