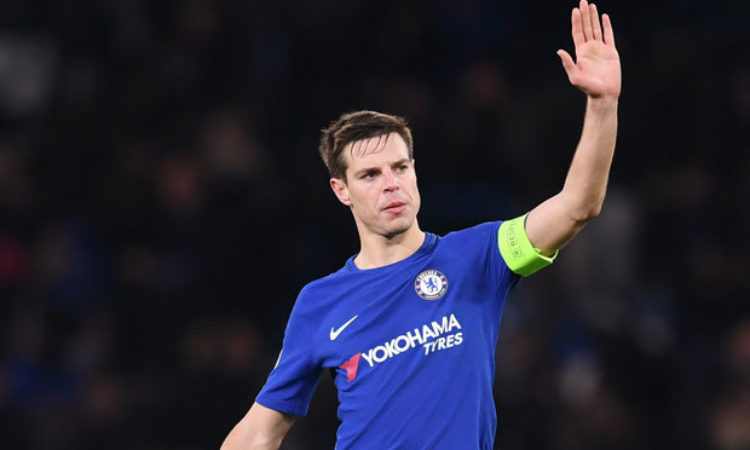 Azpilcueta could be Chelsea captain after incredible revelation from Loftus-Cheek

Chelsea midfielder Loftus-Cheek recently revealed who takes responsibility for the team, especially when the fail to impress. The London club began the 2018/2019 league season on a bright note, after winning their opening four games but the pace is expected to drop with time.

Chelsea welcome Cardiff city to the Bridge on Saturday with all bookies expecting Chelsea to win. In the event that the club suffers a shock loss, a player is expected to give the team a spirited post-match talk.

Loftus-Cheek in his interview with Club website said: “Cesar Azpilicueta always has something positive to say in the dressing room, whether we’ve won or lost”. “After a defeat he will tell us to keep our chins up and move on to the next game, so that’s always good.”

Azpilicueta have been one of the most consistent players at the Bridge since his arrival from Olympic Marseille in the summer of 2012. The full back have been instrumental to the clubs trophy success since his arrival, with Jose Mourinho calling him his favorite player as well as the unsung hero of the Chelsea team in 2014.

The Spaniard seems to have impressed Chelsea boss Maurizio Sarri as he has worn the Captain armband in all four league games so far in the absence of Garry Cahill, and could potentially hold the armband on a permanent basis. The Spaniard could face opposition from teammate Eden Hazard for club captain role.