Barcelona on the verge of capturing Paul Pogba from Manchester United

According to reports form express.co.uk, Barcelona are lining up a big offer for Manchester United midfielder Paul Pogba.

The France international had a frustrating season at Manchester United and has so far failed to justify his £89million price-tag after rejoining United from Juventus two years ago. And Jose Mourinho is keen to make changes to his squad and build a side capable of challenging Manchester City for the Premier League next season. 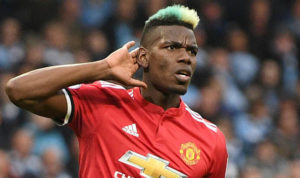 But Barcelona meanwhile, are weighing their options and looking to continue to retain the La liga trophy next season. The Spanish side have been left in the in the dark to try and find the best replacement of Andres Iniesta who quit the Camp Nou for Japanese side Vissel Kobe.

And according to recent news that Barca’s boss Valverde wants to sign Pogba due to the France superstar’s physicality, as well his ability to link effectively with the attack.

It is said that United are asking for a sum in the region of £105m which maybe a hindrance for the deal to go through despite the fact that Jose Mourinho had many times criticized the United record signing over his performances on the field, but news still has it that both Mourinho and Pogba are still best of friends.

It is also reported that if a deal for Pogba fails to go through, the Spanish giants will look to other alternative targets in Juventus’ Miralem Pjanic or Tottenham star Christian Eriksen.