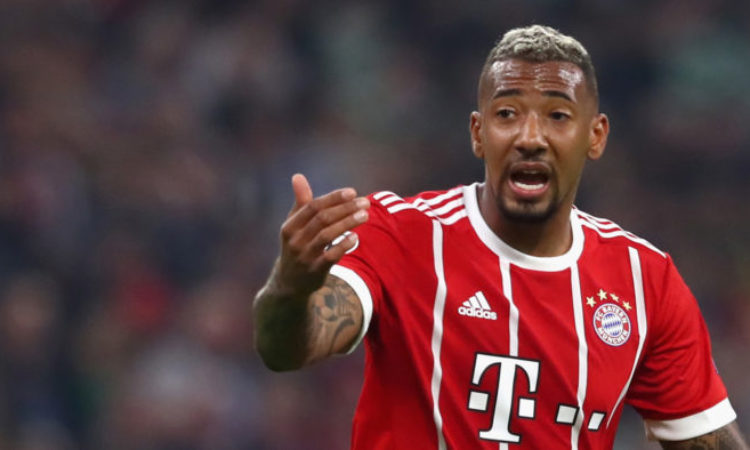 Bayern Munich have reportedly placed a £50 million price tag on Jerome Boateng, who is being targeted by Manchester United.

According to a report emanating from England, Bayern Munich made their asking price be known to Manchester United for Jerome Boateng. The German defender will be available for £50 million this summer transfer window, with Bayern new coach prepared to sell him.

The highly rated defender has previous experience in the Premier League, having played for Manchester United’s bitter rivals Manchester City in the 2010-11 season. But, his short stay with the Citizens was on a disappointing note, with the player failing to be a regular at the club.

He then joined Bayern Munich, where he has progressed heavily to establish himself as one of the best centre-backs in the world. Over the last seven years, Boateng has appeared over 250 times for the Bavarians, although he has been hilted with injury problems in recent seasons.

Nevertheless, the 29-year-old continues to be seen as one of the best centre-backs in the game, and is in great demand heading into this summer’s transfer window. That his future at Bayern Munich is uncertain  makes him a hot property in the transfer market, with Manchester United leading the race to sign him.

The Red Devils are reportedly in search for a central defender this summer, with Phil Jones and Chris Smalling heavily linked with summer moves away from Old Trafford, and with Victor Lindelof taking time to settle in his new surroundings at Manchester United, Boateng is the perfect target who could act as the best mentor to the Swede.

Additionally, having won several trophies with Bayern, the player will also bring a winning mentality that is seriously needed at Old Trafford. Manchester United also know that Boateng will be available for the right price, with talks on going.

The price has now been revealed, with Bayern Munich set to ask for £50 million in exchange for his services.

Boateng is not the only centre-back that Manchester United are considering, with Toby Alderweireld of Tottenham leading an eight-man shortlist.

However, with Tottenham refusing to reduce their asking price for the Belgian defender, Jose Mourinho is considering alternate, with Boateng likely to be available for as low as £43 million. The only worry for Manchester United is his recent fitness record.

If they choose to overlook his fitness issues and go ahead with the move, Boateng will arguably be a quality addition at Manchester United. One thing is certain though, the German international is more likely to leave Bayern Munich this transfer market.