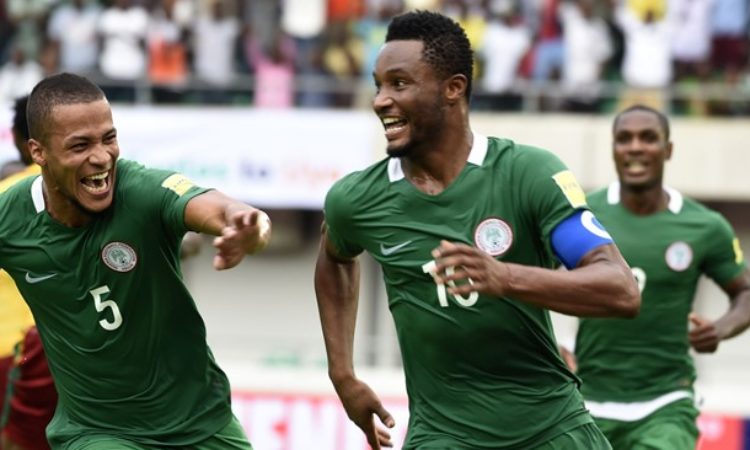 As the world cup and summer transfer season gears up, we took a look at the possible media house that we can rely on for information pertaining to players particularly the players of the super eagles. The technological development of the world have actually helped the football in Nigeria as football lovers now have real time access to information. In the past Nigeria football news were disseminated by major newspaper but much attention was not paid to football news as politics was the other of the day. Three sports media outlets began the journey to modern day news on Nigerian football. Complete sports media, Sporting-Life and Soccer-star media started giving information on football as well as other sports while club magazine. While the Complete sports newspaper focus on local sports predominantly, Sporting-life and Soccer-star media channeled their energy on European football news.  Despite their achievement then, there was a limitation to their success. Their limitation was in information dissemination and this was due to non-availability of real time access to information by football supporters. This limitation seem to have been solved over the years as the advent of websites have given football lovers access to football news without hitches.

Nigerian football have gotten a lot of improvement because of the introduction of digital media. The media outlets no doubt were key players in the rebranding of the grass-root football of the country through the introduction of club logo, transfer market news, investors as well as other related assistance. Nigeria football media attention won’t have gotten to these standard with popular sports media who have continued to project Nigeria on their platform.

Goal.com is a website that have suit that status. The 14 year old media power-house have continued to play a huge role propelling Nigeria football on their website from the grassroots level to the national team level. The Perform group media outfit remains a consistent source of latest information pertaining to Nigeria football with its correspondents and writers’ follow-up happening in the Nigeria Domestic division, Nigeria’s clubs performance in the continental games as well as player transfer news. Goal also provides information about Nigerian players plying their trade outside the shores of the country.

Completessportsnigeria.com is another name in obtaining first information about Nigeria football news. The media powerhouse remains among the few media outlets of the last century that was able to cross carpet to the digital era of media information dissemination. It’s one of the most circulated sports newspaper in the whole of West Africa covering the span of Nigeria, Benin Republic and Cameroun. The Nigeria daily national sport outlet also propels and project local content on its platform and remains a consistent and recognized source of Nigerian sports news particularly the Nigeria football news. With the world cup drawing closer day by day, the national media outfit is expected to be at the number one source of information of nation’s activities in Russia.

Supersport.com website is another promoter of Nigerian football both on and off the pitch. The South African owned sports channel remains among the few sports media outfits that actually airs live broadcast of the Nigerian matches both in competition and friendly games of the club and national teams. The media outfit also go on to reward players for the performance on the pitch with MVP award after the live broadcast. The South African based outfit does not stop there as the go on to project those players in there online platform. The also provides detailed information about Nigeria players especially those plying their trades in the European continent through their sports blitz channel. The still remains a good source of information especially in the upcoming world cup

Espn.com is another high profile media outfit Nigerian football lovers could rely on for firsthand information about football in Nigeria. The 38yrs old U.S based media outfit has remained a worldwide leader in sports as it has covered virtually all aspect of sports present in the modern day football thanks to its host of pundits and correspondent. The media outfit have also covered the activities of Nigeria players both in the domestic division as well those in plying their trade outside the shores of Nigeria. Its recent news on the acquisition of Olarenwaju Kayode by Shakter Donetsk from Manchester city lays credence the reputation of the foreign media outlet.Information pertaining to Nigerian players plying the trade in England are always covered by the BBC sports department of the bbc.com. The BBC sports focuses on providing national coverage for BBC television, website and radio. Spanish media outfit Marca.com/en can also provide information on players plying their trade in the different Spanish division

Attentions can still be switched to local non-football based websites for Nigeria football information considering the ease through which information are disseminated. The popular Vanguardngr.com and Sunnewsonline websites comes to play though they are not sport or football oriented. The websites by virtue of been indigenous websites have exclusive rights to information happening in the countries football sector. Vanguard media platform have a sports platform which can be visited particularly for news on the National team. Sunnewonline focuses more on the local clubs and their involvements in domestic and continental games.

BlogSpot remains the last resort for information for football lovers in Nigeria. In blogs the information is always released as a post while active participants comment on it. Nairaland.com remains a strong source of information pertaining to football despite not being a football based blog. The online community created in 2005 allows participants access to post information with websites link address.

In conclusion football lovers in the country can be rest assured that a host of websites ranging from Domestic and foreign football based to BlogSpot will always keep us posted on recent news on Nigeria football particularly as World cup draws nearer.