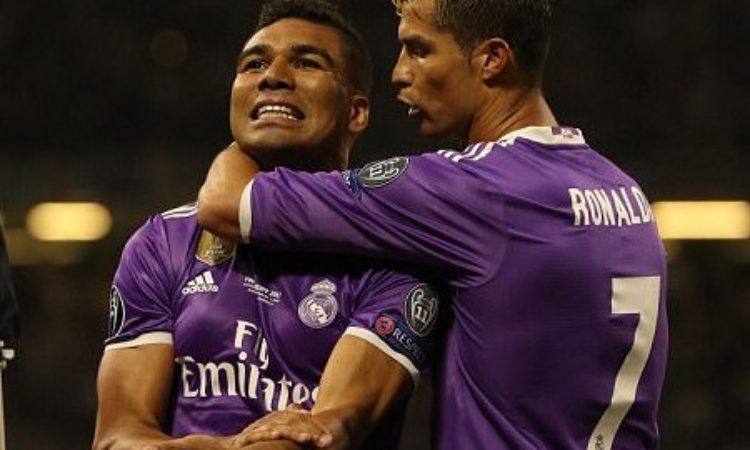 Casemiero Makes Strong Statement about Ronaldo-Tells Teammates to Forget Him

Casemiero have stated that Real Madrid need to forget about Ronaldo to achieve in the current season.

The Los Blancos lost the Uefa Super cup in extra time to local rivals Athletico Madrid after giving away a 2-1 lead within the 90 minutes interval of the game.

With Post-match match reaction and expert analysis all centered on how the club have become weaker with Ronaldo, Brazilian midfielder Casemiero have come in the defense of the club.

“Sure, we cannot cover things, Cristiano showed here that he has been the best in the world,” Casemiro said. “But it is already past, we cannot keep thinking about him”. “We have to talk about the players we have. We want to make a stronger, more solid team, but Cristiano is already in the past”.

The Brazilian midfielder had positive remarks to make about the new manager Julen Lopetegui. “It’s still the beginning of everything,” he added. “Julen is doing a great job, trying to maintain the illusion, which is not easy.”

Ronaldo joined the Seria A champions Juventus from Real Madrid in a deal valued at £88 million pounds according toDaily Star last month. The Portuguese talisman have already opened his goal scoring account for the Old lady with a goal last weekend.