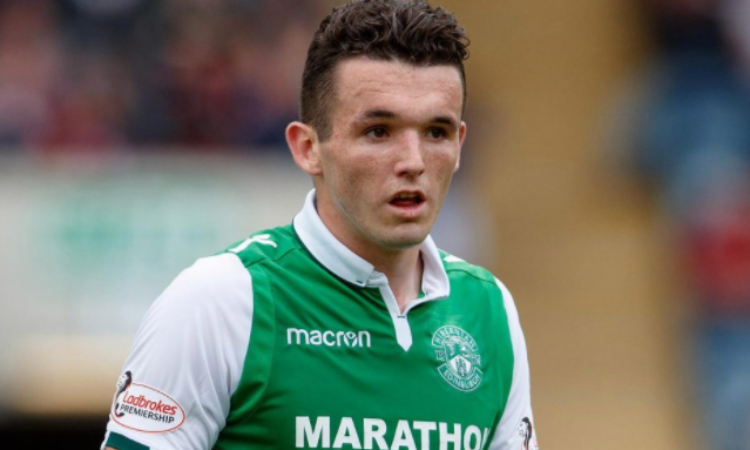 The Scottish Champions are said to be considering sending  Mikey Johnston to Hibernian in a bid to soften their transfer talks on John McGinn, who the both clubs have been stocked over his proposed transfer to Celtic.

Daily Record reports that  Hoops are willing to offer Mikey Johnston on loan to the Hibs in order to allow them sign the coveted midfielder this summer.

As was reported earlier by the Record that Hibernian has rejected double bids for John McGinn from the Hoops of which the recent one worth £2 million. This has made the Celtic manager to find other alternative means of getting the Hibs allow them sign the 23-year-old.

Meanwhile, it was thought that since the Hibs are among the admirers of Johnston, and having seen him impressed in pre-season, netting a goal in their triumphant win over Standard Liege, many fans are expecting to see how the 19-year-old will be given more playing time this season, but as it stands, it’s actually a nice move to send him on loan to be able to gain more playing time with the Hibs.

The Scottish Champions will arguably make progress if they succeed on the swap deal as it will mean signing one of their preferred targets joining without paying above their valuation. This will also help to balance Celtic’s financial books as they head to the new season and also allow John McGinn the opportunity to finally make his dream move. However, It’s yet to be seen how the Hibs will react to this idea.