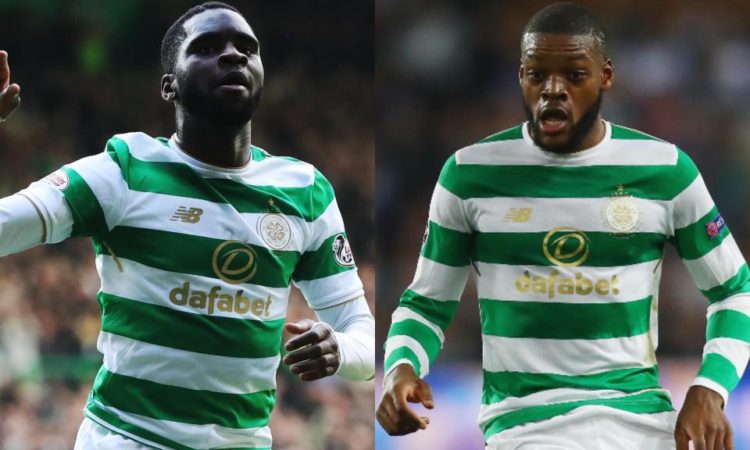 According to news yesterday afternoon that Celtic due Olivier Ntcham and Odsonne Edouard were involved in a car accident after a Range Rover jeep left its track and ended up in the bush. This was just few hours after their Champions League away game return from Armenia.

That’s the report according to John Gardner, who saw police stationed at the scene in Cumbernauld, North Lanarkshire at Mollins Road near Barr’s factory close to Glasgow yesterday afternoon at around 3.40pm.

It was also understood that fellow Celtic striker Moussa Dembele was at the scene.

The 20-year-old Edouard and mid-fielder Ntcham, 22, were rounded by cop officers close to the side of the Range Rover. Paramedics were also summoned at the incident spot while one person was rushed to the hospital, although their Injuries were not that serious according to report.

Meanwhile, reports from John, a dad-of-four, from Stirling revealed (There are loads of police there, I don’t know what happened. I work around the corner as a delivery driver and when I was driving into work I noticed this. He was walking about fine so I don’t think he was hurt. It was a bit of a surprise when I saw it because when I went around the corner I noticed there was another car in there. I just wonder how they even got in that situation).

However, according to a Scotland Police spokeswoman, who said (There is a lot of debris on the road. We were called at 2.20pm to a road traffic collision involving two cars at Mollins Road at the junction with Orchardton Road in Cumbernauld. Emergency services are in attendance and the road has been closed temporarily. One man was taken to Forth Valley Royal Infirmary).

As enquiries are still going on, the Celtic striker Edouard, who recently signed for the Scottish Champions from French side Paris St Germain in what the Hoops described as their biggest club transfer in history will be checked properly by Celtic medical staff before their game next week.

The 20-year-old signed a four-year contract worth more than £9 million after scoring 11 goals in 29 appearances while on loan from PSG last season.

Celtic are to play their second leg match next week in the Champions League qualifier.