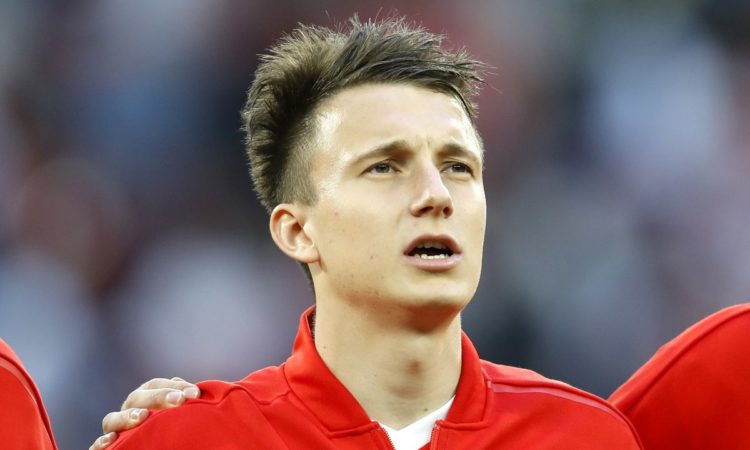 According to news, the Blues are now in pole position ahead of Juventus in capturing the Russia star, with the Serie A club now looking at other alternative.

Goal understands that Chelsea are nearing for their first summer signing after it said they making headway in a meeting with the agent of  Aleksandr Golovin.

With Maurizio Sarri’s total approval that Chelsea should go ahead in snapping the Russian player.

Sarri tried to sign Golovin who is valued at £22million by CSKA, while in charge of Napoli and wants the midfielder when he arrives at Stamford Bridge.

As reported by Goal, Juventus had made a €20 million (£18m/$23m) offer for the CKSA Moscow man and appeared to be in pole position for his signature but the Blues have since overtook the Serie A champions to sign him.

The former Napoli manager Sarri is very sure he would take over and will be made the new Chelsea manager in the coming days, but Chelsea are yet pay-off Antonio Conte’s remaining one year contract of £9m.

The Blues owner Roman Abramovich, have assured CSKA that Chelsea will try and pay closer to their €30m (£27m/$35m) asking price for their star man.

The seriousness behind Chelsea’s approach for Golovin has led to Juventus to believe that their chances of landing the Russia star are over, with Golovin, and CSKA, now seeing the Serie A giants as a back-up option.

The player has so far shown for Russia in the 2018 World Cup, impressing in Russia’s opening two fixtures in the group stages to help the host nation through to a last-16 meeting with Spain.