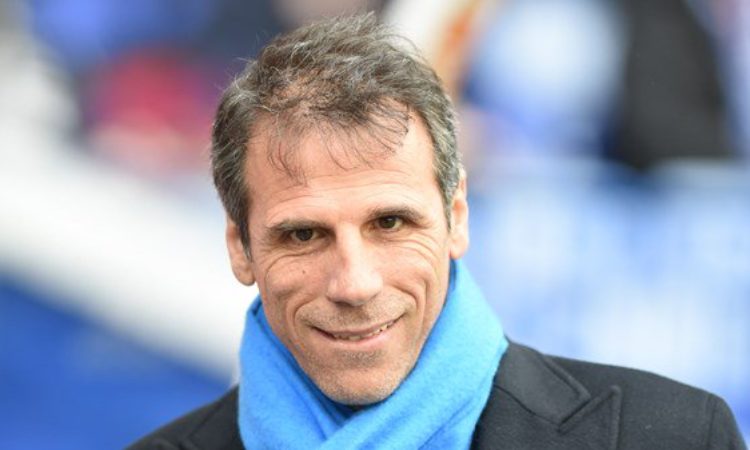 Chelsea has a chance to get even with Spurs: Zola

Chelsea assistant manager and legend Gianfranco Zola has stated that the Blues will get a chance for their pound of flesh when the face Tottenham hotspur at the semi-finals of the Carabao Cup in January. The Italian dropped the statement after Chelsea defeated Bournemouth 1-0 at the Bridge on Wednesday night, with Eden Hazard grabbing the headlines.

The Italian trainer made the statement while recalling how the North Lond club ended Chelsea’s unbeaten run of form in the England topflight division. Tottenham put up a dominant display to defeat the Blues 3-1 in the encounter, with Dele Alli, Harry Kane and Son running riot in the fixture.

“We’re happy because some time ago they gave us a football lesson and we’re looking forward to challenging them again,” Zola told reporters.

“I’m sure it’ll be a different game. There are a lot of proud players and they want to play this game and show that we were not the ones that played that game.

“Too many players underperformed and were hurt. We are pleased that we will play them and we can’t wait.”

Eden Hazard was the man of the moment as his deflected shot 7 minutes from time was enough. This was his 99th career goal for Chelsea in all competition, and Zola is hoping the Belgian forward remains at the Bridge and develop his reputation.

“He is certainly one of the players who has given this club a lot of satisfaction,” the Italian said.

“And, considering he is only 27, if he stays a long time he can be only bigger. I hope he achieves great things for us in the future.”