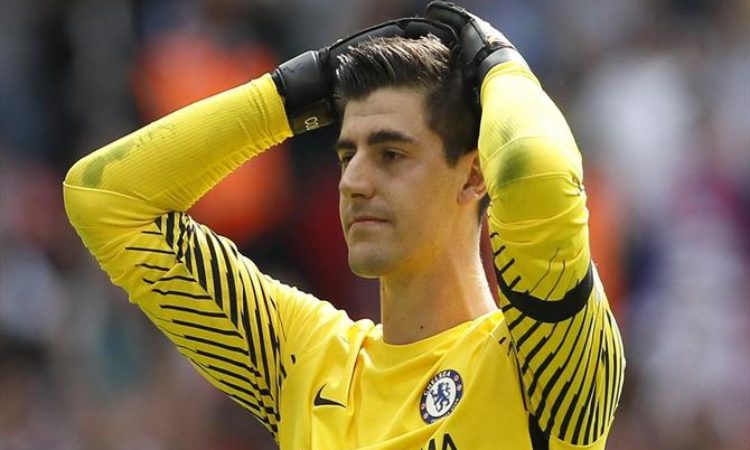 Recent Report has it that, Chelsea are in advance talk with Real Madrid over the possible transfer deal of their Belgium goalkeeper Thibaut Courtois, this is coming following the uncertainty surrounding the future of the Belgium.

Chelsea have identified Roma’s Brazilian keeper Alisson Becker as a replacement for the former Atletico Madrid loanee, who won the La Liga title, Copa Del Rey, the Europa League and European Super Cup in his three year loan with the Spanish giants.

Thibaut Courtois has been seen making comments about living with his kids in Spanish capita, as Het Laatste Nieuws has revealed Madrid contract offer for the Belgium.

The news has it that the Los Blancos are said to be preparing to offer Courtois a five-year deal worth around €13million a year, but there have not been any formal agreement between Chelsea and Madrid as the Blues looks to secure his replacement first.

However, the European Champions are also said to be keeping tabs with the Brazilian Alisson who inspired his National team to the semi-final at the World Cup, while Thibaut Courtois won the Golden Glove award following his impressive performances with Belgium as they beat England to the third place finish in Russia.

According to HLN which claims that discussion has been going on with the Chelsea board and that of Madrid over the 26-year-old Belgium shot stopper. The Blues are said to be holding onto €50million after the player has insisted of his desire to leave Stamford Bridge this summer.

Nevertheless, it’s yet to be seen who Chelsea will replace Courtois with as it’s also reported that Liverpool are also keeping tabs on the Brazilian goalkeeper Alisson.