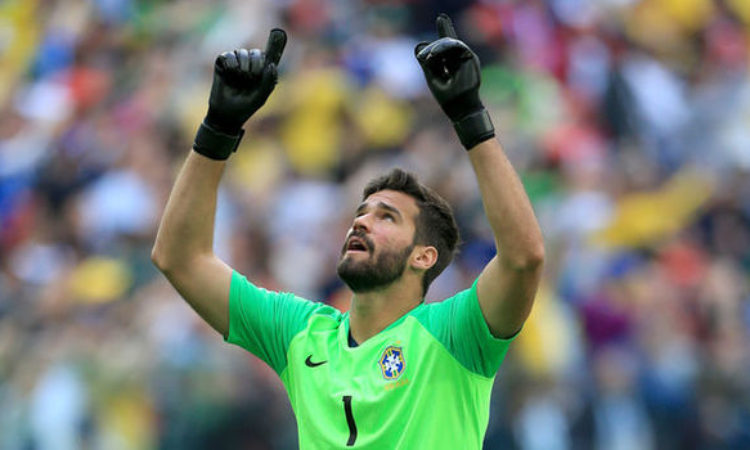 CHELSEA are reportedly ahead of Liverpool and Real Madrid to sign Roma Brazilian keeper Alisson Becker this summer.

News has it that the Brazilian has been heavily linked with a move away from the Serie A side, with a number of European heavyweights fighting for his signature.

According to Spanish publication Marca, Real Madrid and Liverpool are now set to miss out on Alisson, after Roma rejected their first bid, which are said to be lower than their valuation.

During the winter transfer, reports have it that Liverpool saw their approached rejected because of Roma’s asking price which is said to be in the region of £70m.

However, it was as if Liverpool search for a number one keeper made them went for Roma’s Alisson before their first choice Loris Karius made a big blunder that caused them champions league trophy last month, and Jurgen Klopp has since then said to be desperate for a new No.1.

The Brazilian has also been pursued by Real Madrid, as their club chief Florentino Perez is desperate for a total overhaul of the team that recorded a very poor outing in the Spanish La Liga last season.

Real Madrid current keeper Keylor Navas has been considered as not good enough and Manchester United refusal to let their first choice option David De Gea to sign, the Los Blancos have now identified Alisson as their second choice.

But as things stand it seems the La Liga side could miss out as Chelsea look to turn things around after a disappointing season last year.

The potential Chelsea manager Maurizio Sarri is expected to ask for major changes on the one he is to inherit from his country man Antonio Conte who will be axed as soon as possible.

Chelsea number one goal keeper thibaut Courtois has been locked horn on a new contract with the Stamford Bridge side since last season, it now seems that Sarri and Chelsea are planning on a life without the Belgium number one.

After seeing the Brazilian brilliant display at the world cup in Russia, Chelsea are keen on his signature.

And according to Spanish newspaper Marca, Roma have given a go ahead order for Alisson to move to the London club.

Notwithstanding, the report also claims that Chelsea are set to offer €70m (£61.8m) for the Brazilian Keeper.