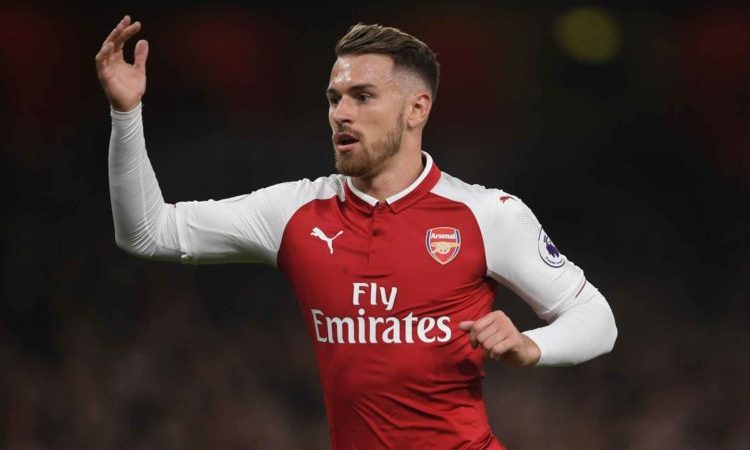 Chelsea have been linked with Arsenal’s Aaron Ramsey according to reports. According to The Mail, the blues are willing to pay £30m to land the player who has less than 12 months to remain with the gunners.

Chelsea is reportedly believed to test the gunner’s resolve after the North London club endured a distraction from the departure of Alexis Sanchez to Manchester united in January. The club is yet to extend Mesuit Ozil’s stay with the former Germany international having less than 12 months with the club.

Aaron Ramsey who is yet to get a contract extension with Arsenal seemed to be frustrated as he could potentially depart as a free agent after the 2018/2019 league if the club fails to extend his stay. The Welsh international who seems to be in his 10yr stint for the club could push for a move away from the club. Despite featuring in the 5-1 rout of French champion’s PSG yesterday, the player have remained uncertain about his stay at the emirates.

Ramsey netted 11 times in all competition last season, and this believed to be the reason why Unai Emery is desperate to hold on to the player despite linked heavily with Sevilla’s Steven Nzonzi and Barcelona’s Gomez.

The player despite being inconsistent have proven to be versatile at the middle of the pack as the player provides a lot of options for Emery. Arsenal in the past have sold star players to rival clubs when tested with huge transfer figures, Ramsey could continue this trend as he has not been given reasons to remain at the club.