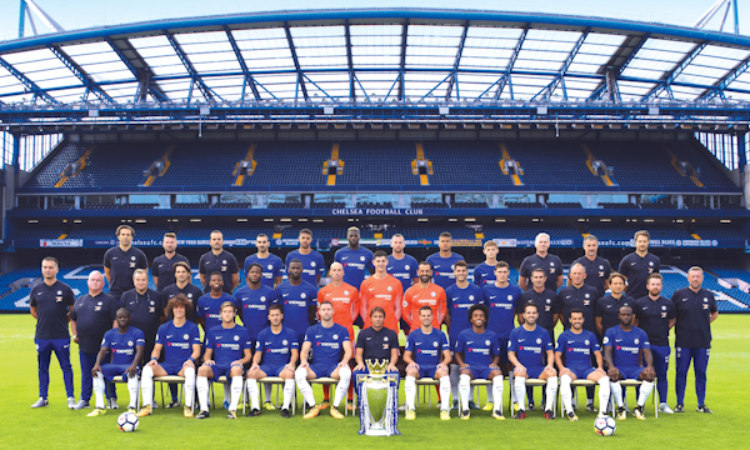 November 25, 20170
In his press conference ahead of the Premier League game between Champions Chelsea and Liverpool at Anfield on Saturday, Chelsea manager, Antonio Conte, revealed  his team had a major scare on their return trip Azerbaijan.
The team’s chartered plane entered in the airspace of Gatwick Airport in the early hours of Thursday morning but had difficulty landing due to bad weather. The first landing attempt by the aircraft was unsuccessful and it took a second try before the ‘big bird’s-eye finally came to rest on the tarmac of London’s busiest Airport.
Conte said he had been scared by the events which rocked the chartered plane but said the stormy conditions at Gatwick airport were to blame for the false landing. The Italian equalled hailed the pilot of the aircraft, saying he was impressed by the manner in which he handled the situation with the least of fuss.
The Italian, who has already been critical of the scheduling that saw his team make a 6,000 mile round trip to Baku 48 hours before facing Liverpool in the Premier League, said his players finally landed at 6am.
“It was a lot of wind and we tried to land the first time but it was impossible.
“Then the captain tried again and the second time it was positive. As you know in these circumstances you feel a bit afraid, you are a bit scared, but the captain was very good.
“It was a problem to land. I think that to get to your house at 6am is not simple. It’s not simple then to rest and recover for only one day and to prepare for a big game.
As at the time of reporting, no chelsea player has spoken about the incident with all attention focused on the clash with Merseyside outfit-Liverpool.
Chelsea go in to the clash, third on the league table with 25 points; Liverpool are further down in fifth,  three points worse than Chelsea. A win for either side will serve as a timely boost in their bids for the title while a loss for either team will be unwelcome as it push the team too far from pacesetters Manchester City.
Liverpool go into the clash having an extra day’s rest than Chelsea and Conte when quizzed on it said, “It’s not right, I must be honest. But we have to do it and today we had a good training session and we tried to prepare the game very well,”
Post Views: 905