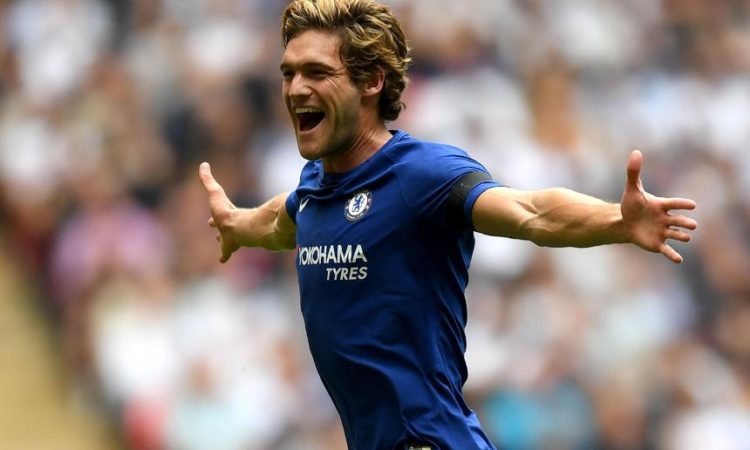 With less than 8 days to the closure of the football transfer window, Athletico Madrid have joined the race to sign Chelsea’s left-back Marcos Alonso.

Chelsea have been subject of attraction to other clubs in current football window with Hazard heavily linked with a switch to Bernebeu. Reports emerged last week that the Los Blancos are ready to make an offer for Marcos Alonso.

Alonso arrived Chelsea from Seria A side Fiorentina and ever since established himself as an integral player in the team with host of crucial goals and assist.

Simeone is desperate for a quality left-back as Felipe Luis closes in on a switch to Paris Saint-Germain. Luis previously left Chelsea to reunite with his boss.

The departure of Marcos Alonso means that the Blues will have to wait will January to land another fullback. Emerson Palmieri and Zappercosta remains an option though the duo are not as versatile as the Spanish defender.