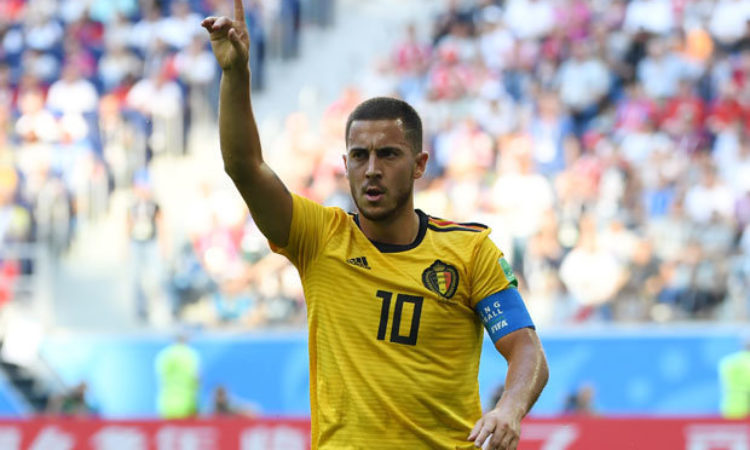 Spanish giants Real Madrid and London based Chelsea, seems to have reached a deal on Hazard according to report with a mouthwatering  deal believed to be in the region of£170million according to Mirror U.K.

Hazard’s time with the London based football club might be nearing its conclusion, after the Belgian openly courted a move away from Stamford Bridge. The Belgian attacker who dazzled in the last football showpiece in Russia, will not feature in the UEFA champion’s league if he decide to remain with The Blues.

Real Madrid recently joined the transfer market, after Ronaldo’s departure to Juventus in a reported £100million deal last week. Fiorentino Perez, had since drafted his list of possible replacement with Eden Hazard, Kylain Mbappe and Neymer dominating his wishlist.

Reports have emerged that the reigning European club champions seems to have made headway with the Belgian, with Len10 sport claiming that the Spanish side have agreed a £170million pounds deal with the London side.

Len10 Sport in their report claims that fellow countryman Thibaut Courtois, will also be included in the huge transfer fee. Elsewhere, French Media outlet RMC Sports reports that the transfer fee have been reached between the clubs, as agreement are currently on personal terms between the Los Blancos side and the Belgian.

The Belgian captain Hazard  after securing a third place finish with a win over England in the World cup, admitted that he was considering a move away from the English club.

“After six wonderful years at Chelsea it might be time to discover something different,” he said.

“Certainly after this World Cup. I can decide if I want to stay or go, but Chelsea will make the final decision – if they want to let me go. You know my preferred destination.”