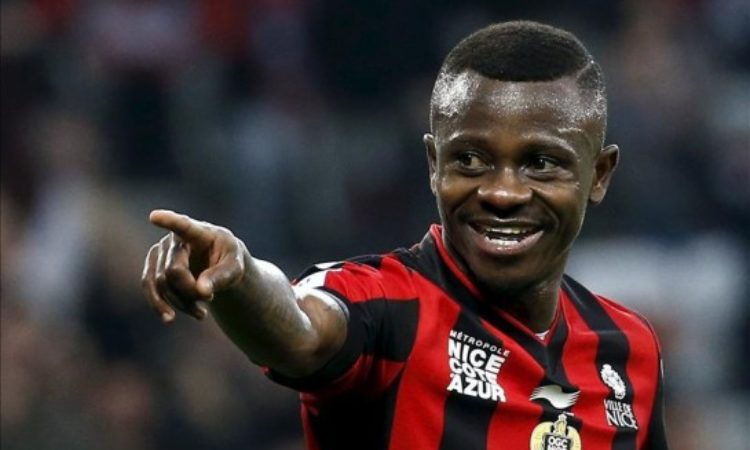 Chelsea set to sign Michael Seri ahead of Arsenal

The news according to the Daily Star has it that Chelsea is said to have beaten Arsenal to the signing of Nice midfielder Jean-Michael Seri after it appeared that the player has agreed personal terms with the Blues ahead of a £35m move.

The 26-year-old Ivory Coast player has arguably developed as one of the sort after midfielders after leaving Pacos de Ferreira to join Nice in 2015, and has been impressive for the French side last season as he helped Nice finish 8th in the Ligue 1 table.

Michael Seri’s performances has caught the eyes of many big clubs in Europe but it appeared that the battle for his signature at the present is between Chelsea and Arsenal, who are fighting to see that the coveted midfielder joins either team.

However, according to Nabil Djellit, a French journalist was seen last weekend saying that the Ivory Coast International has traveled to London as he is in talks with both Chelsea and Arsenal which made the player skipped Nice pre-season so far.

The journalist said according to the Daily Star man that (Jean-Mika Seri is in London… Pending departure, for reminder, he is in contact with Arsenal, Chelsea… To follow!)

Meanwhile, Arsenal are said to make some changes at the club as their new manager Unai Emery wants to replace the departed Arsenal due Jack Wilshere and Santi Cazorla with the Nice man. Although according to another news that The Gunners are set to sign Lucas Torreira from Sampdoria and youngster Matteo Guendouzi from Lorient but the Arsenal manager is eyeing Seri as an addition in the midfield.

News according to Yahoo Sports French journalist Manu Lonjon claims that Arsenal are likely to lose out as their London rivals Chelsea has gazumped ahead of them for the midfielders signature, as they have agreed personal terms with the players’ representatives.

Michael Seri netted a total of 2 goals and 10 assists in 29 appearances for Nice last season.

Chelsea have to act fast in order to trigger the midfielders release clause of £35m as it is said would expire soon, Seri will be a very big addition to the Chelsea midfield as Danny Drinkwater is expected to leave after one season at Stamford Bridge.