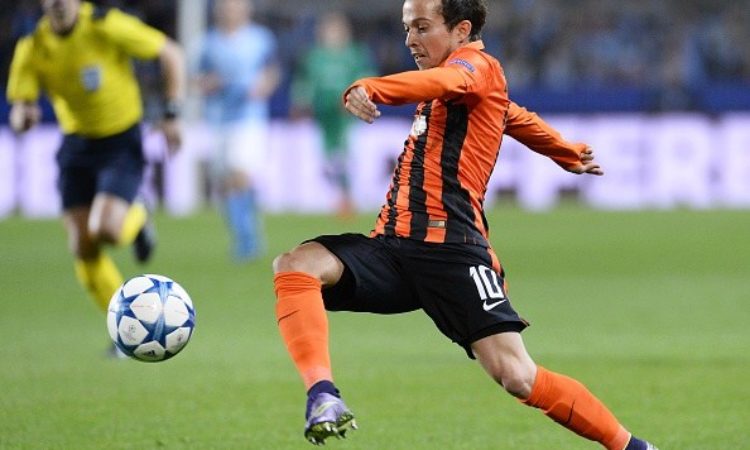 Chelsea could be on the verge of completing a switch for former Shakter Dontesk attacker Bernard, after withdrawing from the race to land Russian midfielder Aleksandr Golovin according to reports.

The blues have been linked with the Russian midfield sensation since the arrival of Maurizio Sarri to the club, but the 22yr old have opted to join Monaco. These have prompted the London club to act quickly with Brazilian publication GloboEsporte reportedly linking the blues with Bernard who is a free agent.

Chelsea is believed to have made a lucrative offer which the player is okay with. The player who have wished to ply his trade in the English capital is expected to take up the offer while rejecting other offers. Bernard is expected to be a backup and a competition for Sarri’s existing players in the event he joins the club.

Bernard is a Brazilian international with 14 appearance for the Selecao team in his career. Despite missing out of the squad for the 2018 World cup tournament in Russia, he had an impressive campaign with club side Sharkter Dontesk last season with 10 goals in all competition. This is his best stats since his arrival to European football.