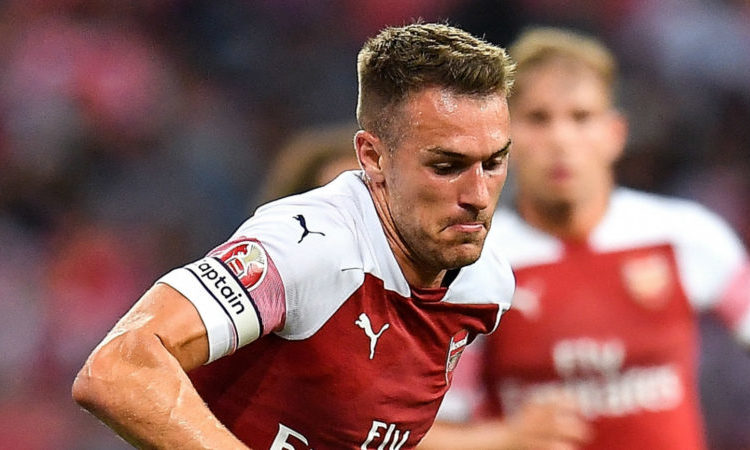 Chelsea have reportedly stepped up their bid for Arsenal midfielder Aaron Ramsey. The London team which was believed to have placed a £30 million bid last week have been reported to have increased their bargaining fee for the player to £35 million.

Ramsey who grow up from the club’s academy, is entering the final year of his contract with the Gunners and is yet to get a contract extension from the North London club. The Wales international could depart on Bosman list next summer when his term with the club fails expires.

Chelsea according to Daily Express seems interested in the midfielder, as the London club is reportedly ready to test Arsenal’s resolve on the player before the current transfer window elapses next Thursday.

Chelsea boss Maurizio Sarri according to reports, is ready to sign Crystal Palace winger Wilfred Zaha as he looks to strengthen his squad ahead of the new league season. Zaha who refused to extend his contract at Selhurst Park, have alerted a host of clubs with Chelsea and Tottenham currently leading the chase for the English footballer.

With Tottenham hotspor now pulling out of the race for the £75 million attacker, Chelsea is now banked to sign the former Manchester united player. The big question whether the London club will be able to meet the player’s price tag.