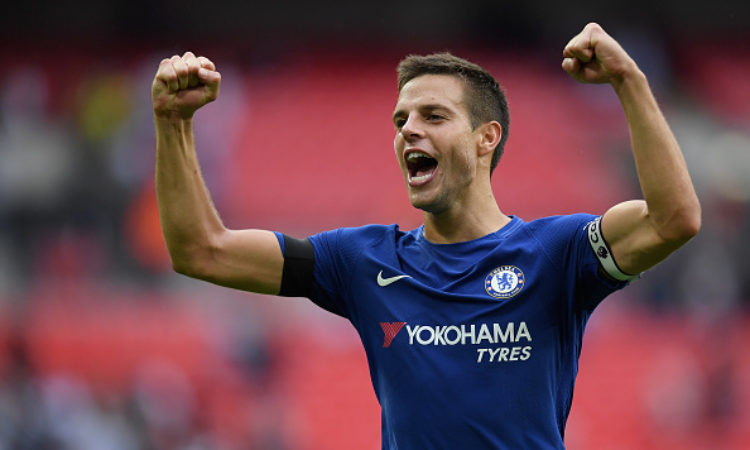 Chelsea to allow Cesar Azpilicueta to leave this summer

News from Spain has it that Chelsea are looking to sell one of their most trusted player Cesar Azpilicueta.

According to El Gol Digital, the Spanish defender who has been on the team sheet under several managers since he moved to Chelsea from Marseille in the summer of 2012, want to move back to his native country, probably to be closer to his family and friends with Athletic Bilbao his likely destination.

The report suggests that Azpilicueta is keen to return to his homeland after spending six years with the Blues and would be open to the move.

Azpilicueta, who is from Pamplona Spain will be a nice signing for Athletic Bilbao, who although have not made the rule open of signing players born in Basque country.

After finishing 16th in La Liga last season, Athletic Bilbao will not be able to offer Azpilicueta Europian football.

However, the Stamford Bridge chiefs are willing to grant his request on one condition, it is claimed the Spain international is valued around £17.6m (€20m), but they will have to sign a new defender to replace him.

The 33-year old Joao Miranda from Inter Milan is said to be Chelsea’s ideal replacement for Cesar Azpilicueta.

Joao Miranda, who has been in a fine form and a commanding respect in the defense for the Italian side last season, has one year left on his contract.

The Brazilian defender is currently on international duty with Brazil at the World Cup.

Nevertheless, this will come as a shock to Chelsea fans and premier league at large if Chelsea finally agrees the 28-year-old to leave, a player who is widely considered to be one of the Premier League’s most consistent defenders.