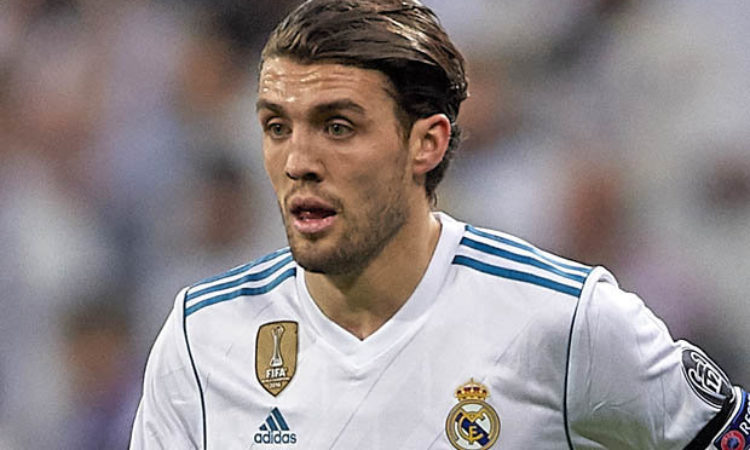 According to news from London, Chelsea are interested in signing the Croatian midfielder Mateo Kovacic and has reportedly met Real Madrid for the players availability.

Mateo Koavcic who joined Madrid from Inter Milan in 2015, has made a total of 109 appearances for the European Champions, but mostly from the bench, and the 24-year-old is said to be interested in leaving for another clubto be able to have a regular playing time, he only started 10 matches in all competition for the Los Blancos last season, which has made him grow more frustrated.

And according to Gianluca Di Marzio, the Blues have approached the European Champions to see if they can sign the midfielder, Chelsea’s potential manager Maurizio Sarri is said to have identified Kovacic as an ideal partnership with N’golo Kante, Sarri who was replaced at Napoli by former Chelsea manager Carlo Anselotti is said to become Chelsea new manager in days to come after it appeared that the Blues will be parting ways with Antonio Conte.

However, the report emanating from Italy has it that the London side have reportedly signed Gonzalo Higuian from Juventus in a £53million deal as directed by Maurizio Sarri, it’s reported that the Argentine forward will be presented at Stamford Bridge once they wrap up Sarri’s deal with Napoli. The former Napoli striker who once broke serie A scoring record during his time with the Naples netting 36 serie A goals in 2015/2016 season, before joining Juventus the next summer.

With regards to joining Juventus, Maurizio Sarri was asked why he sanctioned Higuain move, this is what he had to say, (He made a debatable choice, but that doesn’t mean he’s not a good man. Despite it all, I still feel about him the way I do a son who has made you angry, but you still care for him. I owe him a great deal).

So if what the news is saying turns out to be true, then expect Chelsea to challenge Manchester City and other top four teams to the Premier League title come next season, the potential inclusion of Kovacic and Higuain will go a long way to solidify the Blues.

See the 3 Chelsea important players Real Madrid is after