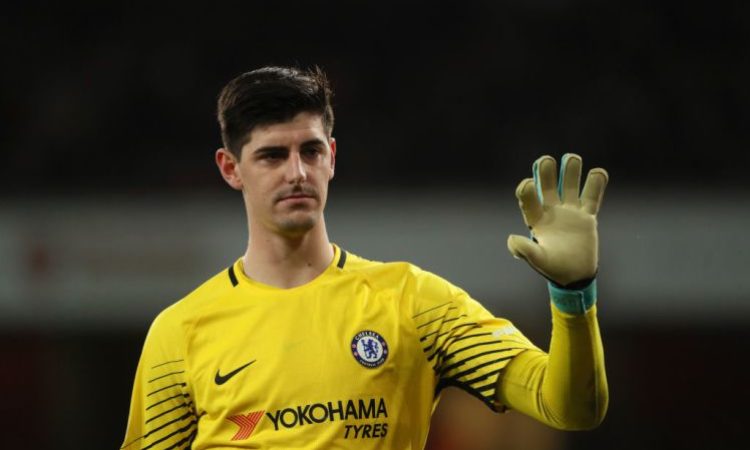 According to the Daily Mail which claimed earlier this week that Chelsea has turned down Real Madrid previous offer for the Belgium, and demands £50m for him, but the previous reported offer is said to be close to the amount Chelsea are requesting for a player who will be available on a free transfer should incase he refused extending his contract.

Before now, the Belgium shot-stopper Courtois, has been anticipating to join the Spanish giants, where he claimed his kids are being trained, meanwhile after helping Chelsea to two Premier League title in four seasons, Thibaut Courtois believes it’s time to leave and join his family in Spain.

Nevertheless, reports from Don Balon claim that the Belgium goalkeeper has before now informed the Blues of his intention to leave and doesn’t intend extending his contract, so accepting the offer will be a huge business. And according to same source that Real Madrid are back with a fresh offer for the 26-year-old, which is said to be in the region of £41.5million, it has now emerged that Chelsea are about considering the offer.

Thibaut Courtois is be believed to return back to Spain with Atletico Madrid where he had previously been on loan, but it has now emerged that Real Madrid are the ones after his signature.

The Belgium shot-stopper has arguably been in recent years one of the best goalkeepers in the world, after joining Chelsea as a teenager from Belgium club Genk in 2011and was sent on-loan to Atletico Madrid and after winning so many trophies with the La Liga outfit returned to Chelsea in 2014, and have established himself as one of the best goalkeepers in the premier League.

However, Thibaut Courtois will be a good signing for Madrid and also a better upgrade on the current Madrid keeper Keylor Navas.

Meanwhile Chelsea have started looking for his replacement and with many options has identified Roma’s Alisson as their primary target to take over from Courtois, according to the Metro, Chelsea are said to be preparing a £64million bid for the Brazilian, after agreeing personal terms with the player.

It will be a big blow to lose a character like Thibaut Courtois in the Chelsea dressing room but pocketing a whooping sum of £41.5m for him will go all the way in consoling the Blues fans who have thought that the player will commit his future to the club.