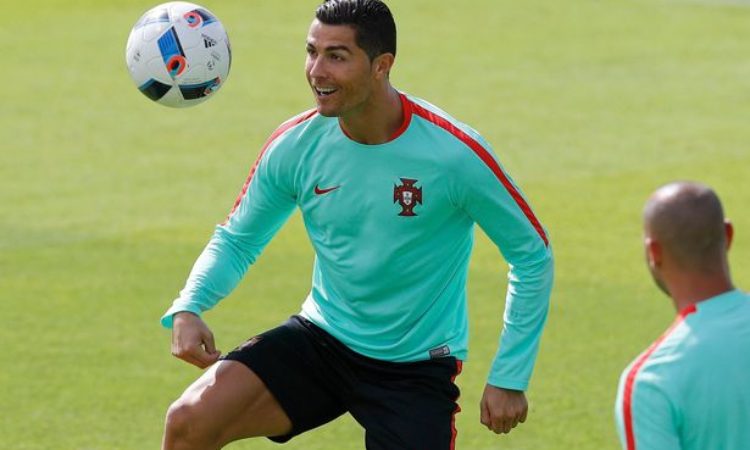 Cristiano Ronaldo Focused in training and Motivated ahead of Iran Match

Portugal gears up for their last group match encounter with Iran, and Cristiano Ronaldo was the main focus as they train this morning according to dailymail.co.uk.

The European champions, who will qualify to the knock-out stage if they beat or draw Iran in their next encounter, thanks to Ronaldo’s early goal that gifts Portugal a deserving three points against Morocco at the Luzhniki Stadium in their last match will do all it takes to try and progress to the next level.

The Ballon de Or winner was seen focused in training to avoid mistakes in a warm morning in Kratavo. And the Portuguese stars were seen motivated ahead of their final World Cup group encounter in Saransk on Monday evening. 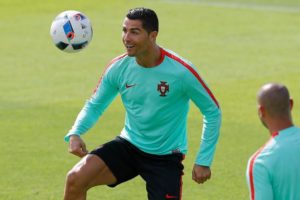 Fernando Santos’ men have already secured four points from their opening two games after drawing with Spain 3-3, before beating Morocco 1-0. Ronaldo and his teammates are on the same point with Spain, with Iran one point after two games and Morocco with no point.

Jose Fonte the Portuguese defender thinks that Ronaldo will always be the best player in the world. (‘I think that for us Portuguese he is the best, he always will be,’ Fonte said. This is always a difficult debate. For us he is the best and this is what matters. Cristiano is ours but talking about the best of all time is relative and very difficult to say. ‘The fact that he is breaking all records, keeps scoring and surprises all of you, but not us because we see him every day. For sure he will keep on doing this. At the end we will see. ”It’s obvious Ronaldo has a huge influence in our team. It would be the same in any other team in the world,’ he added).

Notwithstanding, if Spain beat Morocco and Iran put up a surprise shock win against the European champions, then the Asian nation would qualify from Group B with Portugal being eliminated.