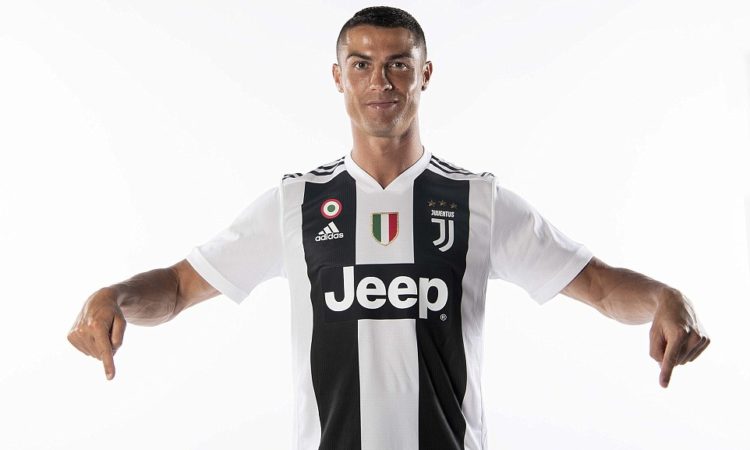 Cristiano Ronaldo has been finally unveiled by Juventus as he reveals the reason behind his Madrid exit in a press conference.

The Portuguese forward claimed that he left Madrid for a big club than joining the Chinese and Qatar leagues before retirement.

The former Manchester United player was presented as a Juventus player on Monday after completing his medicals and also putting pen to paper in a €100 million (£88m/$117m) move to the Italian Champions.

Meanwhile, he relishes the idea of going to the Far East to join Asian leagues but opted to stay in Europe for his determination to still ply his trade at the highest level of professional football.

The Portuguese forward told reporters. “I’m not sad about leaving Real Madrid, this is a big club and with all due respect players at this stage of my career usually go to Qatar or China, so I’m grateful to Juventus for allowing me to join such a big club”.

The five time Ballon D’Or winner also revealed that he won’t be able to face his former club Real Madrid in the International Champions cup against Juventus in America, however, sports fans will have to wait for the highly anticipated Champions league outing with Juventus this season to see whether Ronaldo may face his former club.

Ronaldo also praised the Serie A champions for having faith in him and also for coughing out such amount of money to snap him, he promised never to let them down for the trust.

He said, (I feel great to be here. It’s a big challenge, it’s a tough league but I’ll be ready,” he added. “Age isn’t important, I feel good and motivated. I’m excited. I’ll try to do my best as always and I’m looking forward to trying to do my best and winning every title. Juventus gave me a wonderful opportunity and I’m so grateful for that. I can see that Juventus is a club that can have a lot of success, they have won domestic cups and Scudetti and were in the Champions League final. I’m so proud to be here, I’m proud they were interested in me and I hope I can take Juventus to an even higher level).

When quizzed about his rivalry with Argentine Lionel Messi following his move away from La Liga, the Portuguese captain explained, (I don’t see players as rivals, Everyone speaks about my rivalry with Messi, but everyone fights for their own club and that’s what I will do here. In the end we will look back and see who is the best).

The former Sporting CP and Manchester united forward is said to return for pre-season by the end of the month as Serie A season starts by August 18. Ronaldo is expected to help the Old Lady in defending their title.