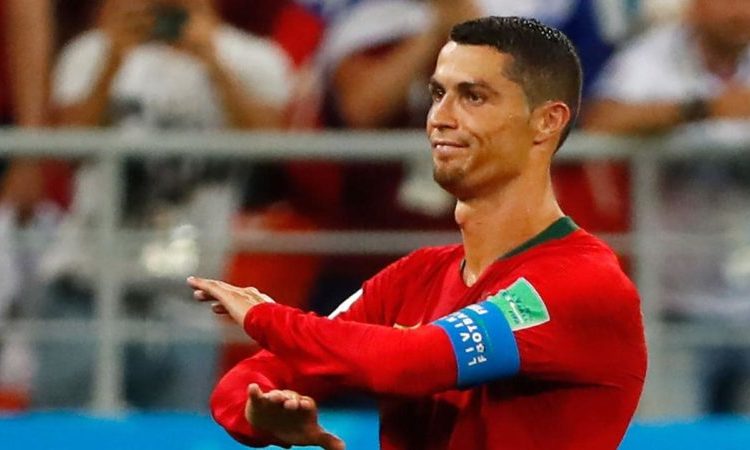 Manchester United are said to be currently ahead of other host of European clubs vying for Ronaldo’s signature and this is loved by his mother but not his agent.

The report also has it that the Portuguese superstar wants his current pay to be as the same with other superstars like Lionel Messi and Neymar, although this has been Ronaldo’s way of asking a pay rise whenever he makes comment concerning his future, but it is believed that there is a bit positivity this time.

Manchester United will be hoping their dream comes to true if they land the superstar.

Meanwhile, according to Tuttosport, Cristiano Ronaldo’s agent Jorge Paulo Agostinho Mendes is now pushing for his client to join Juventus. The reason behind this pushing by the 52-year-old Portuguese agent who is known as super-agent in the world of football and who recently  boasted of having most players in FIFA world cup in Russia is still unknown.

However, Manchester United and Juventus can’t be dragged into bidding war on who to sign the player, as United are known for their way of hijacking deals whenever it comes to who the highest bidder is, the Old Lady club can’t compete financially with United despite their dominance in seria A for close to six years now.

The Portuguese captain’s agent has been in talks with the Turin giants over snapping Ronaldo.

It will therefore be seen as a major blow to both Manchester United and Jose Mourinho, if they eventually miss out on signing the Portuguese.

The 33-year-old Ronaldo is a serial killer in front of goal and can change United fortune in trying closing the gap over City.

Notwithstanding, news have been coming from Ronaldo’s camp concerning his future with his mother making a statement about the forward lately.

She told French media, (I like Paris. I come every now and again, the last time was when my son received the Ballon d’Or. It was a great honour. When I arrived I was treated well by everyone.Convince Cristiano to sign for PSG? To be honest, it wouldn’t annoy me [if he did]. But I would prefer him to return to Manchester United).

The Portuguese sensational netted 118 goals during his prolific six seasons with Manchester United, and won three Premier League crown within the period.

However, the world will get to know where the 33-year-old Ronaldo will end up before the start of new season.