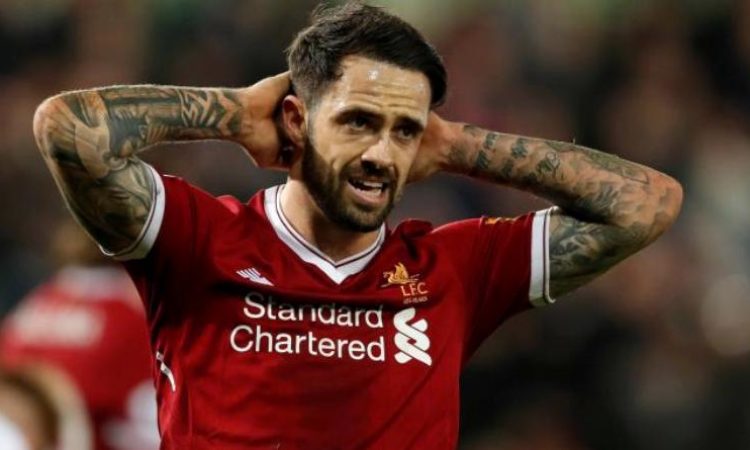 Danny Ings have been linked with a possible move away for the Anfield, with Crystal Palace as his likely destination. The Reds have allowed the departure of players to the Selhurst Park in the past with Martin Kelly, Christian Benteke and Mamodou Sakho dominating the list and is reportedly ready to allow Danny Ings joined the Eagles team.

The former Burnley center forward arrived at the Anfield in 2015, after impressive spells at his former club but have only made 25 appearance for the Reds due to injuries and lack of form in front of goal. The 26yr old who seems ready for game-time faces uphill task of replacing one of Salah, Mane and Firminho in the starting lineup of the club. The player is likely to leave the club despite Kloop’s insistence to keep him.

According to Guardian, Liverpool seems to have set £20 million price tag on the player.This is believed to be a sign that Jurgen Kloop is desperate to keep the player as backup in case of any injury to his attacking trio within the season.

Danny Ings prior to his £7.5 million arrival to the Merseyside club scored 14 Premier league goals at Burnley and this have still kept him on the radar of many Premier league club.

Roy Hodgson is believed to be monitoring the player and is reportedly ready to make a bid but the problem is whether the club will meet Liverpool’s price valuation for the player.