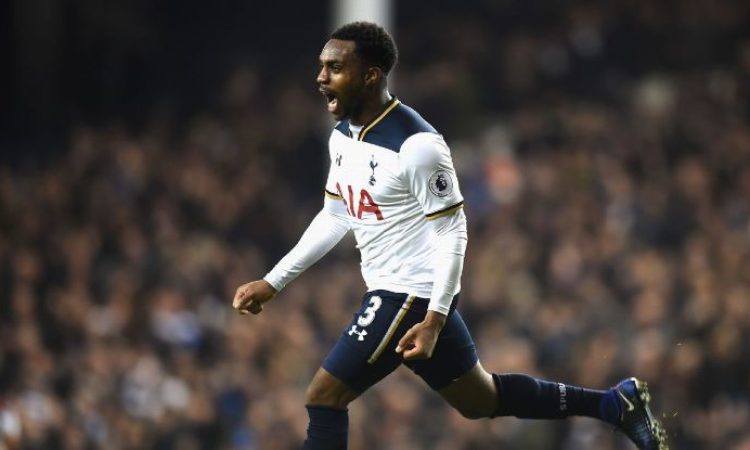 November 23, 20170
After being left out of the of the team that faced Arsenal in the North London derby England full back Danny Rose was picked from the start in the team that faced German outfit Borussia Dortmund in the penulttimate round of the Champions League on Tuesday.
The left-back was his usual dependable self and helped Tottenham secure 2:1 comeback win at the Signal Iduna Park. Gabonese marksman, Pierre Emerick Aubameyang, who had been in for criticism in recent weeks had put Dortmund in front but goals from talismanic forward Harry Kane and Korean speedster Son Heung-Min, ensured Tottenham sealed top spot with a game to spare.
After the game Rose had admitted to reporters in the mixed zone that Manager Mauricio Pochettino’s decision to have him sit out the North London Derby had left him angry. In his words the decision had him ‘fuming’ with rage at his manager.
Mauricio Pochettino, when asked how he felt about Rose’s reported anger at being left out of the derby, said he welcomed Danny Rose’s “emotional” reaction to being left out of Tottenham’s squad for the tie.
The former Southampton manager revealed that Rose had not expressed any anger directly towards him, but believes the defender’s reaction shows his desire to play for the club.
Rose tendency to speak to the media had gotten him in trouble with Pochettino and Tottenham hierarchy earlier in the season.
He was forced to apologise following following an ill advised interview he granted to the media in which he admitted his desire of leaving the club in the summer. In the interview, he was quoted to have said “time is running out” for him to win trophies and he would have “no qualms” telling the Spurs hierarchy how he felt.
Pochettino had been irked by Rose’s actions as given his position as one of the oldest players in the squad he is one of the leaders of the young Tottenham team and as such should have known better not to grant such interview with the season just commencing. Following the incident Pochettino accepted the player’s apology nonetheless but the Tottenham boss would not confirm whether the defender would still be at the club next season following his comments this week.
The Argentine was quoted to have said “This is not the moment to talk about that,” said Pochettino. “All players have contracts with us, involved in our project. You cannot guess what is going to happen in the future.” Yes Poch is right time will tell.
Post Views: 601
DANNY ROSE trending news