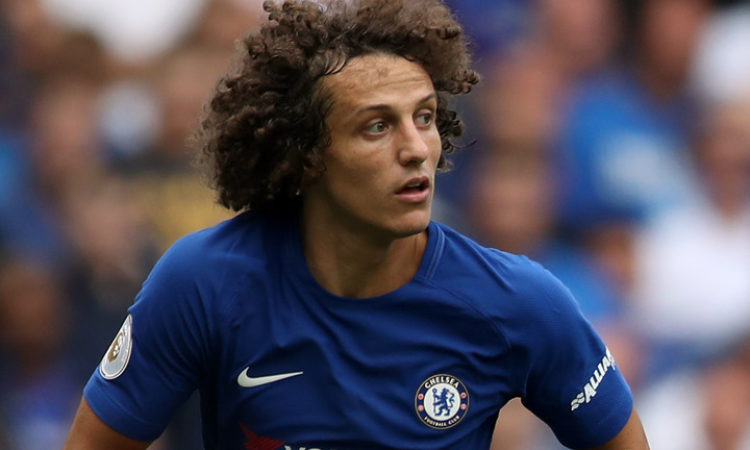 David Luiz have expressed optimism about his Chelsea career, since the arrival of Maurizio Sarri. The player seemed exit bound after appearing just once for the blues under Antonio Conte this year but the arrival Sarri, have brought back his desire to remain at the bridge.

David Luiz continued to reaffirm his desire to remain at the bridge both on and off the pitch during the club’s pre-season outings despite the club’s interest in landing Juve’s Daniele Rugani. The Brazilian is in his second spell at the bridge after departing the club for PSG in 2014.

David Luiz in his interview with the media stated, “I came back to Chelsea to stay here. When I took my decision to come back here from Paris it was to win the Premier League and do something again with Chelsea. I am very happy here. I had a lot of time to take care of me last year, so now I’m 100 per cent. I love this philosophy. We play high, with a lot of possession of the ball, in a technical way.”

“The coach is trying to help us every single day to learn quickly his philosophy. He does not want me to change as a player. It is the same style – play from the back, build from the back, try to help the guys, try to be in line. People know me – I like to be happy, to enjoy my life. We have the best job in the world. The coach comes as a human being. If you’re not happy doing your job it doesn’t matter if you’re a footballer or not. We have to be happy to do our best.”

The Brazilian however heaped praises on Chelsea boss Sarri as he believes the coach a lot of option to explore from. He also admitted that he was not scared of the arrival of Rugani or Caldara.