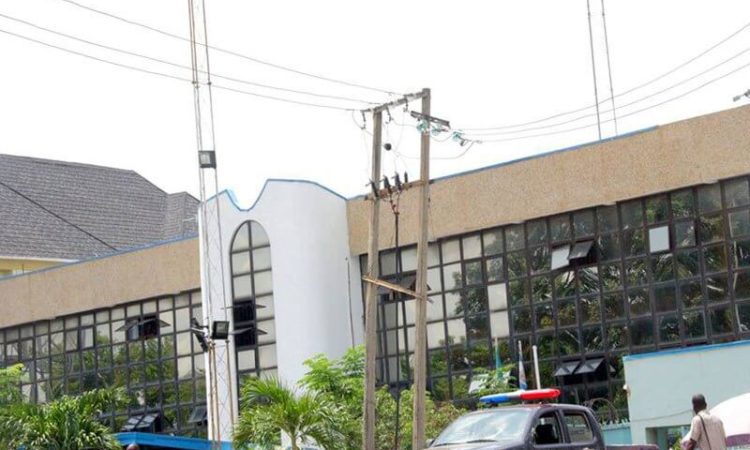 Dr. Ikpeme injured as DSS moved back to NFF glasshouse

Operatives of the Department of State Service moved back in to the NFF glasshouse to restore sanity after Chris Giwa’s faction seemed to have taken control of the premises again.

Reports emerged the some members of Giwa’s faction as well as some aides tried to regain control of the football headquarter in the wake of the retreat of the DSS on Wednesday after Lawan Duara was relieved of his duties as DSS boss following the invasion of the National Assembly complex.

The crises have lingered for weeks between Chris Giwa and Amadu Pinnick have been for the Presidential role of the Nigeria Football Federation.

Sports Minister Solomon Dalung, have never hidden his desire to install Chris Giwa as the NFF president in line with the court declaration from the Federal high court in Jos but the presidency restored Pinnick who is recognized by FIFA president Gianni Infantino.

NFF workers were stunned with the arrival of the DSS operatives on Thursday morning. The DSS men requested that all men leave the premises of the but they were dared by Dr Emmanuel Ikpeme, the supposed Secretary-General installed by Giwa to replace Dr Mohammed Sanusi, who was removed due to a pending case with EFCC over corruption.

Ikpeme was on the receiving end after heated confrontation with the security operatives as he was injured.

After assuming effective control of the Glass House, the state secret service, subsequently handed the control of NFF to Bola Oyeyode, the most senior football administrator, in the absence of Sanusi, who is attending the FIFA Under-20 Women’s World Cup in France