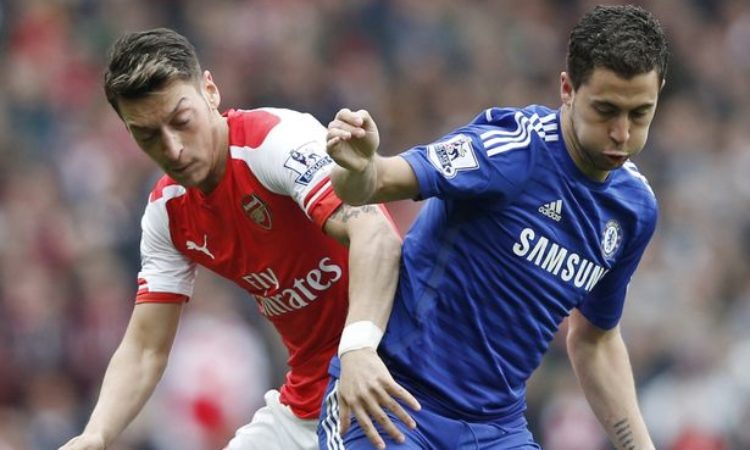 The London derby of 2018/2019 league season is three days away. The two new tacticians will test their tactical approaches, with the two sides which are poised to perform at the second tier of European football. Maurizio Sarri’s Chelsea will host Unai Emery’s Arsenal team on Saturday in their second league game.

Last week the two tactician began their league account with their respective clubs. While Chelsea triumphed 3-0 on the road to Huddersfield, Arsenal were beaten 2-0 at the Emirates by reigning champions Manchester City.

In the buildup to the game, media outfit BT Sports organized a montage featuring key factors in the derby decider. In the show, the players were asked to choose the best player from both central defenders to center forward.

While major key deciders went on to make responses ranging from Peter Osgood and John Terry to Tony Adams and Thiery Henry, two key players made known their intentions ahead of the local derby. Eden Hazard with a smile in his face responded “Eden Hazard” while Mesuit Ozil said “Mesuit”

Chelsea have only grabbed a victory over the Gunners once in their last 9 meeting including the recent pre-season game, a stat Maurizio Sarri is expected to be wary of.