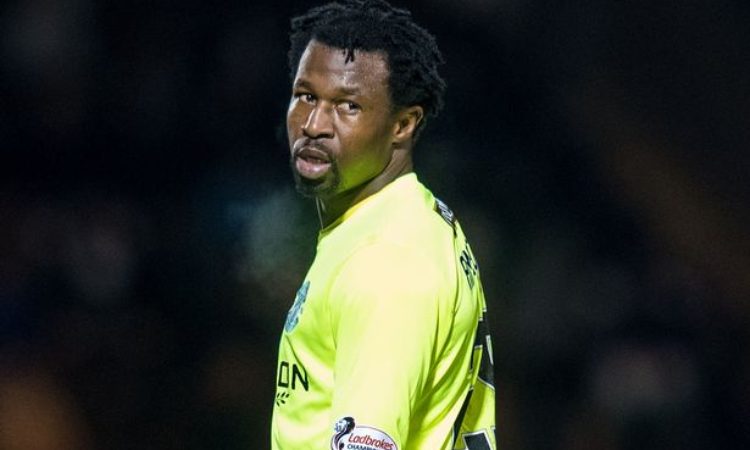 Nigerian defender Efe Ambrose has revealed that he is optimistic about getting a recall back to the Nigerian team.

Genort Rohr released his list for the African Cup of Nation qualifying game against South Africa, as well as the friendly game against Uganda with the Ambrose omitted from the list. Despite not making the list, the former SC Ashdod of Israel and Celtic of Scotland versatile defender believes he has what it takes to make it back to the squad.

Reports have it that the Nigerian is relying on his newly discovered form with Hibernian to aid him scale through the odds and make the cut into Genort Rohr’s team.

Ambrose promised to doubles his effort and up his game as he hopes to convince Super Eagles tactician of his credentials. The player also revealed that he targets the last game of the AFCON qualifiers against Seychelles, as well as the 2019 AFCON competition in Cameroun.

Ambrose said: “I feel like I deserve a chance to stake a claim (to a Super Eagles’ recall) based on my form for Hibernian. I won’t stop working hard to ease the decision of handing me a recall.”