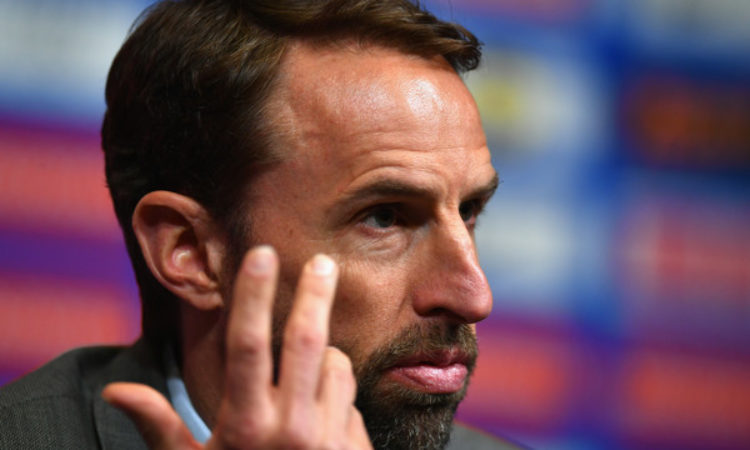 It is said that it’s time to do away with talking. After all the praising heaped by the media on the English national team prior to the World Cup, it’s time for action.Speaking to the media the England manager Gareth Southgate said that during his time as a player he was conscious especially moments before any game when and his teammates will be thinking the formation of their manager, whether it will make or mar their approach on the field of play after a tough preparation before any outing.

He went further to say that he thinks his players are ready for their world cup opener against Tunisia. We tried to put in many tactical formation in the early part of last week so to allow the boys have a bit rest and cool off to gain more strength because of the Africans physicality.

Although there will be some vital information on transferring what they are train every day because the intensity of our play increases everyday and makes the players get better all the time.

The training is very competitive and that is really good because you need to get ready stepping into such caliber of matches but we will approach the game based on tactics on ground not merely what was done in training ground because we did many tactical practices so we will try  hitting it high.

Concerning his family, the manager was very proud to hint that his family is amazingly devoted to the service of the country, saying that his granddad was a marine.  He also stressed that he has always been brought up with England being a special  part of his life.

He also took it as an honour to have played and represented England in major tournaments and now the national team manager.

But the focus now can’t be just coming to Russia and joke about. We are for business of football, to do the needful on a pitch and that is what these boys are anticipating to do and try playing all their lives and that’s the aim of our preparation.

But it is believed that Southgate has selection dilemma especially at the back of defense, he needs to make a positive choice for the team and England by going for an experienced backline, also try to find the possible goalkeeper to choose from. And fears over Danny Rose’s fitness is a big problem because he needs one who can cross well into the box for much a reliable center forward in Harry Kane to get the deserved target, because his tactics rely on energy and pace of which he already have for this tournament.

He continued by saying England great talents that are so exciting to be here. Our plan is for them to go into this tournament and do their best, try and be the best they can possibly be and not go back and regret, he also wished during his playing days that he should have been a bit braver and tried some spectacular without giving away the ball.

He downplayed his team for being the best but believed that they can go out and hurt any team over the next three weeks to try and get things right.

But doesn’t think anything he will face in couple of few weeks can’t be any more difficult than the one he had faced before.

Southgate stated that his job is to create a medium where the players will express themselves and be confident within them.