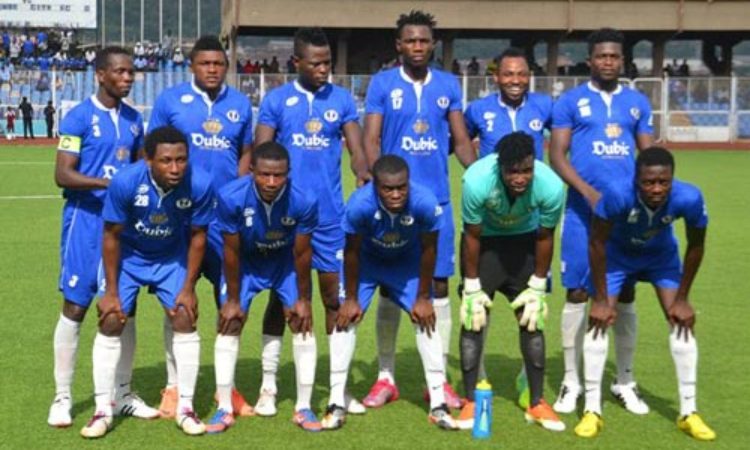 Enyimba loses to Raja in the CAF Confederation Cup

Enyimba’s chances of progressing to the finale of the CAF Confederation Cup was left in jeopardy, as the Peoples Elephant were humbled 1-0 by Raja Casablanca in Aba. The reverse fixture between the two clubs will be played on the 24th in Casablanca, with the aggregate winner to progress to the finals of the competition.

Raja Casablanca’s Abdelilah Hafidi netted the only goal of the encounter, with the goal coming three minutes into the second interval. The Raja player’s attempt from a distance squirmed through the legs of the Enyimba’s shot-stopper Theophilus Afelokhai.

Five minutes after the hour mark, Enyimba was presented with a chance to level the game from the spot after a Raja player has handled the ball, but Stanley Dimgba the spot kick taker was unable to keep his cool from eight yards as he blasted the ball way off target.

The home side continued to chase for an equalizer in the game all to no avail, and this infuriated their supporters.

Raja Casablanca dominated the game with a superior 57% possession as well as creation of chances.

Enyimba struggled to threaten the goal of their guests with dashing winger Stanley Dimgba only coming to life late in the first half when he drove through the Moroccan defense.

Dare Ojo fired a pile driver from outside the box after half an hour, but Raja goalkeeper Zniti did well to gather it before it hit the back of his net.