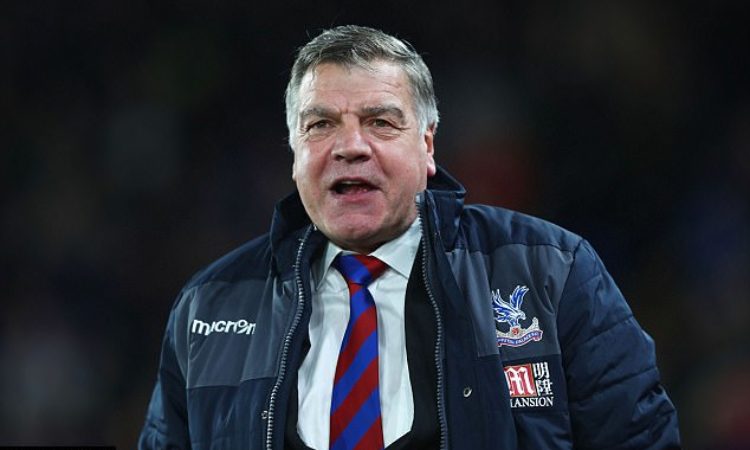 November 30, 20170
Following a really disappointing week in which they conceded nine goals in two games, Everton football club of England are set to turn their hopes to former England coach Sam Allardyce.
Allardyce who resigned from his England role following a misguided interview granted to undercover reporters  on how to circumvent third part ownership rules in the premiership, last coached London Club- Crystal Palace. He however resigned unceremoniously last season and had claimed following the resignation that he had retired from the game and was no longer actively looking for a job.
Discussions between Everton and Allardyce’s representatives have taken place since Monday, with further talks planned on Tuesday, and sources have said there is a growing confidence within Goodison Park that the club’s six-week search for a replacement for the sacked Ronald Koeman is close to an end.
According to credible sources the dotted lines could be signed in time for the Englishman to lead the team out for Wednesday’s Premier League clash with West Ham United according to the reports.
Upon the sack of erstwhile coach Koeman, Everton majority shareholder Farhad Moshiri had favoured Silva- coach of Watford to replace the Dutch. Given the preference of Silva for the job, Allardyce insisted he would not pursue the chance to manage the club.
The former West Ham manager had instead expressed an interest in the United States job following the departure of Bruce Arena in the wake of the country’s failure to qualify for the 2018 World Cup, Allardyce admitted though that he was open to a return to Premier League management.
In recent weeks, Everton,in their bid to get an attack minded coach, looked to convince Shakhtar Donetsk boss Paulo Fonseca to join them but with the coach turning down the Everton job to stay with the Ukrainian giants, the club have now prioritized the appointment of Allardyce  who as a coach has never been relegated.
Everton’s dismal run of form under caretaker-manager David Unsworth — they have suffered five defeats in seven games in all competitions —  has erased any hope which Unsworth had over keeping the job on a full time basis and following their failure to prise first choice target-Silva from Watford  Moshiri have succumbed to reason and has accepted the need to turn to Allardyce,  a veteran whose style of football though not aesthetically pleasing but is ruthlessly effective.
According to sources, Allardyce is keen to appoint former Leicester boss Craig Shakespeare, who worked under the 63-year-old during his brief spell as England manager, as his assistant at Everton if given the opportunity to lead the blues out of their relegation dog fight.
Post Views: 730
everton trending news