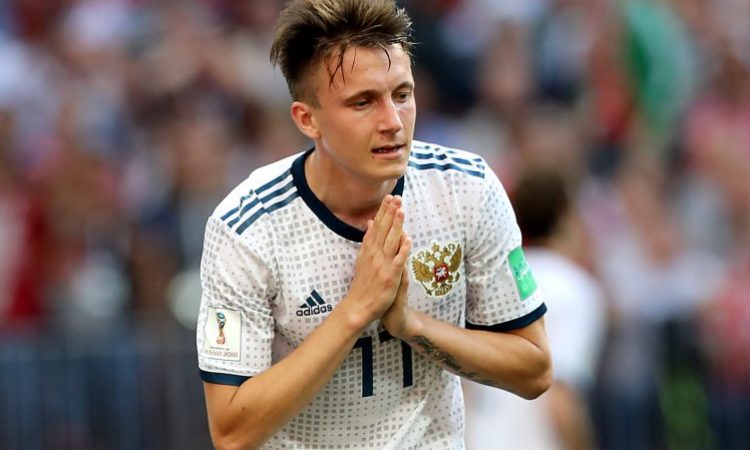 Aleksandr Golovin, who started his senior appearances for CSKA Moscow in 2015, has been influential for Russia in the 2018 World Cup, impressing in Russia’s opening three fixtures in the group stages to help the host nation through to a last-16, where they beat Spain on penalties and are prepared to face Croatia in the quarter final tomorrow.

The Russia star has been heavily linked with a move to Chelsea in recent weeks, which is said to be in the region of £27m following his impressive display at the tournament so far. Ex-CSKA Moscow manager Valery Gazzaev, who won the 2005 Europa League for the club, seems to have revealed about the deal between Chelsea and CSKA Moscow.

Valery told Russian Mir 24 (Golovin will decide where the best place for him is,” he told Russian outlet Mir 24. As far as I know, he has already signed a contract with Chelsea. I think they are a good option for him. It’s a big responsibility for him, but one that he’s prepared for).

Although the winger has been in the radar of many top European clubs including Juventus, Mapoli and Arsenal, but it appeared that Chelsea has stolen the show.

Golovin has scored a total 3 goals in 22 appearances for his National team but is yet to score for SCKA Moscow.

The Russian youngster will surely be a nice addition to the London side and will suit Maurizio Sarri’s pattern of football.

It’s yet to be seen if Chelsea will complete the deal to take Maurizio Sarri from Napoil after he was summoned in London for final touches in his contract with the Blues.