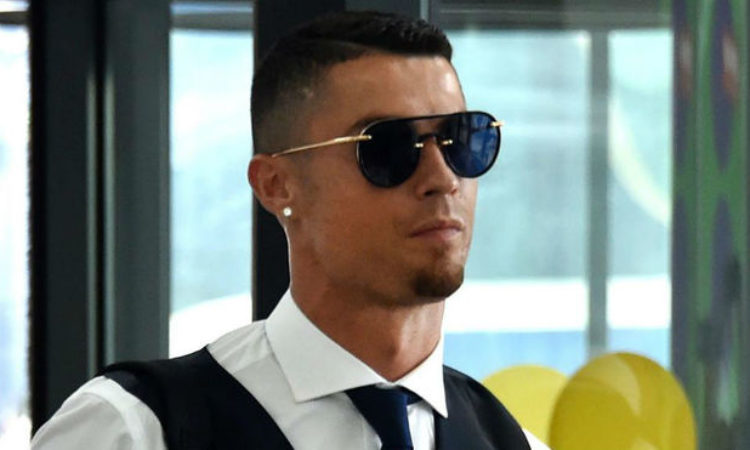 Cristiano Ronaldo’s steady force and decision making will still see him becoming among the best in Europe in the next four to five years.

The is according to the Ex-Real Madrid President Ramon Calderon, who warned the Los Blancos on the impending danger if they end up selling Ronaldo to Juventus.

The Portuguese superstar has been on the verge of a transfer to Serie A Champions in a total amount of £88million from the Spanish giants.

The 33-year-old, who has seen his relationship with the club President Florentino Perez ruptured due to the disagreement over the increment of his contract, which Ronaldo believes he is being treated unjustly.

Roma Calderon who signed Ronaldo for Madrid when he was President warned the Madrid hierarchy not to allow the Portuguese Star to leave despite the hefty fee on the table and shouldn’t also rate Ronaldo by his age because he still do what a 25-year-old player does.

Cristiano Ronaldo has in his nine years in Madrid won 15 trophies including four Champions League crown, and has been Real Madrid’s all-time goals scorer with a total of 450 goals in the last five years.

The five time Ballon D’Or winner has been on top of his game creating unbelievable records, despite netting only four goals in his first 14 league appearances last season went on to score a total of 44 goals at the end and came out the highest goals scorer in the Champions League last season.

Despite the belief that as Ronaldo goals will be coming few as his age goes up, but the Madrid Ex-President disagrees with that while speaking to TuttoMercatoWeb said, (Cristiano is irreplaceable and cannot be compared to anyone in football today, Because his talent, his technique and his physical conditions are joined by the permanent desire to always overcome the unreachable. In my long life in the world of football I met very few players who, despite their endless prizes, maintain the ambition and obsession to always train to the maximum to continue to be the best, to overcome each day, to find new goals and break new records. All this will allow Ronaldo to move forward at the same level he has shown up until today for at least another four or five years).

Although it’s yet to believe if Real Madrid will listen to Calderon’s advice and keep the superstar or go ahead in selling him off to Juventus. Let’s watch how the situation goes.